KENYA: Garissa solar power plant will be commissioned in September 2018 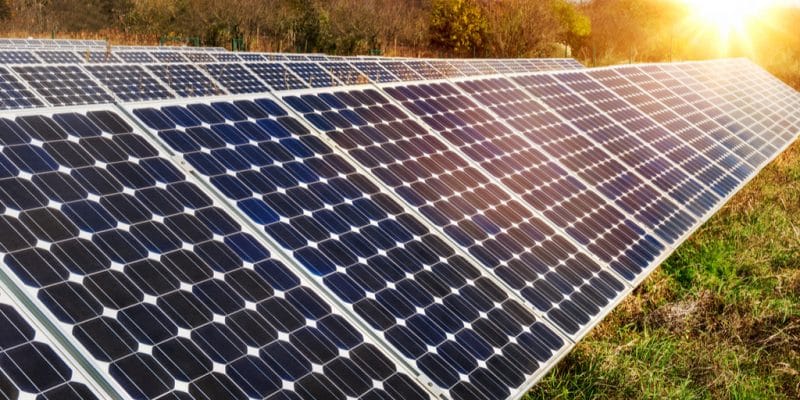 The Minister of Energy and Petroleum has just monitored the progress of the Garissa solar power plant construction project. At the end of his tour, Charles Keter said that the future solar power plant would be commissioned by September 2018 by engineers from China Jiangxi International Kenya Ltd, three months ahead of deadline...

“We are ahead of schedule and by September we will be ready”. Charles Keter, the Kenyan Minister of Energy and Petroleum, was congratulated after a visit to the construction site of the future Garissa solar power plant in eastern Kenya. This solar power plant was initially scheduled to start sending the energy produced into the national grid from December 2018.

The solar power plant, which will have a generating capacity of 55 MW, is the result of the Kenyan government’s policy established since 2010. Since then, it has been encouraging green energy production projects in the country. It is a policy that aims to attract private investors who are already very active in the production of wind energy, geothermal energy, biomass, biogas or small-scale hydroelectricity. The Garissa power plant will provide energy to 625,000 households in Kenya.

“This is the largest project in East Africa. This is the break with excessive dependence on hydroelectric and geothermal energy. We are now focusing on green energy and there will never be a better choice than this,” Minister Keter said in the Sunday Nation newspaper. He also took the opportunity to congratulate the engineers of China Jiangxi International Kenya Ltd (Kenya subsidiary of China Jiangxi Corporation for International Economic and Technical Cooperation, CJIC, better known as Jiangxi International, editor’s note) who, according to him, “are working night and day to ensure the progress of this project” which will boost access to electricity in Kenya, currently 60% of the population.

Jiangxi International is a Chinese construction and engineering company that operates in many English-speaking African countries. This is the case in Ghana where it is building the Cape Coast Stadium, a $30 million, 15,000-seat stadium financed by China. In 2013, it was ranked among the 250 largest construction companies in the world, by the value of international projects, representing $392.3 million in sales.

The construction of the Garissa solar power plant, financed by Exim Bank of China, is just one more project for the company in Kenya, where it has been building the 39-storey Trade Center, the highest tower in the Kenyan capital, since 2013.