KENYA: AstraZeneca and CISL to supply biogas to local populations 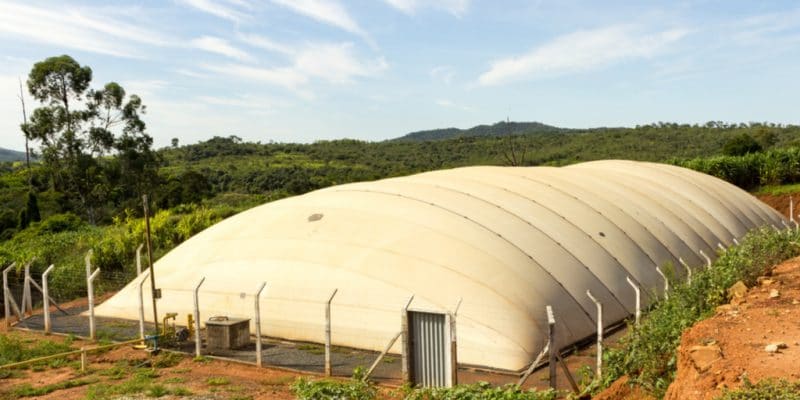 AstraZeneca and the Cambridge Institute for Sustainability Leadership want to improve the respiratory health of people living in Dunga Beach near Lake Victoria in western Kenya. The gesture is part of an overall strategy of the English laboratory to increase its sales in Africa.

On the occasion of the 71st World Health Assembly held from the 21st to 26th of May 2018 in Geneva (Switzerland), the Anglo-Swedish pharmaceutical group AstraZeneca announced that it would finance access to biogas for the populations of Dunga Beach in western Kenya. The project is being carried out in association with the Cambridge Institute for Sustainability Leadership (Cisl), a research institute based in England.

According to AstraZeneca, which has more than 66,000 employees worldwide, the main objective is to study the beneficial impact of the use of gas from organic waste on the respiratory health of populations, because biogas would replace the wood currently used for cooking. A polluting energy source that is not without danger for the respiratory system of users. This project will also measure the environmental and economic impact of biogas use by local populations.

For example, switching from firewood to gas should have an impact on the local environment by preventing deforestation. Moreover, the Kenyan government’s project is to increase the country’s forest cover from 10% to 16.2% of the national area.

For the pilot project, AstraZeneca and Cisl will receive support from Kenya-based Biogas International Ltd, which already has extensive technical and other experience in the field. Initially, the people of Dunga Beach will receive portable biodigesters. They will be fed by organic waste produced by households.

Fifty biogas plants nationally and two at the community level will be built by October 2018. These plants will function with water hyacinth, a highly invasive plant that clogs Lake Victoria at Dunga Beach. According to Katarina Ageborg, AstraZeneca’s director of sustainability and compliance, each digester will provide enough energy to meet the needs of a typical house for a day, while larger community systems will provide cooking and billing services for local fishers and fish processors.

Africa, land of conquest for AstraZeneca

“Biogas itself can be used for a variety of purposes, from feeding cooking equipment to incubating chicks and purifying water.” Katarina Ageborg explained in her speech to the 71st World Health Assembly. “This initiative is another example of strategic collaboration between AstraZeneca, headquartered in Cambridge, and the University of Cambridge,” she added.

The move by the UK’s second-largest drug manufacturer is part of an overall strategy on the continent. According to a Bloomberg report, dated February 10, 2018, AstraZeneca plans to increase sales in Africa by nearly 10% per year by seeking to leverage government efforts to improve health care systems and combat high blood pressure and cholesterol. In addition, the Anglo-Swedish laboratory is doing well since its share price has risen by 4.5% since the beginning of the year.

ANGOLA: Government calls on China to invest in renewable energies

MOROCCO: Suez launches “Evalix” for the elimination of leachate at the Meknes landfil