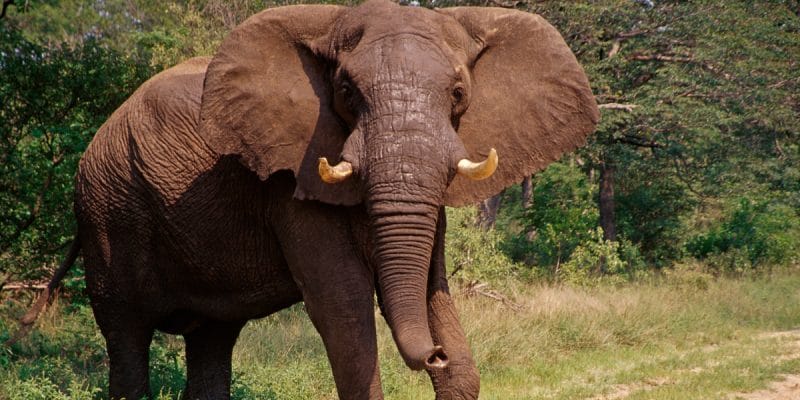 In Kenya, the National Environment Management Authority (NEMA) is adopting a project to build an electric fence between Tsavo East National Park and Makueni County in the south-east of the country. The 20 km long solar-powered fence, estimated to cost 970,000 euros, is intended to reduce human-elephant conflict.

The incursion of elephant herds into the Makueni plantations in south-eastern Kenya could be reduced. An electric fence will be erected between this county and the adjacent protected area, Tsavo East National Park. This is the option adopted on July 22nd, 2021 by the Kenya Environmental Management Authority (NEMA).

The solar photovoltaic powered electric fence will be 20 km long. Its construction is planned to take two years. The work is being coordinated by both the Makueni County Government and the Tsavo Trust (a wildlife conservation organisation), which are co-financing the project. The county government has provided 75 million Kenyan shillings (over $690,000), while the Tsavo Trust is pledging 50 million Kenyan shillings (over $460,000), for a total of 125 million shillings, about $1.15 million.

The elephant extrusion fence project along the boundary between Makueni County and Tsavo East National Park is a proposal by the Kenya Wildlife Service (KWS), Kenya’s wildlife protection agency. “The fence does not represent a direct boundary demarcation, but only serves to mitigate human-wildlife conflict in the area settled by the community,” explains the KWS.

Read also-KENYA: when elephants and avocados fight over the Rift Valley

Human-elephant conflict is a complex and pervasive problem that occurs throughout the range of elephants, where elephants and humans share the same habitat and often compete for the same resources. A study published in early February 2021 in Biological Conservation by the Durrell Institute of Conservation and Ecology (Dice) at the University of Kent (UK) shows that with charcoal production, expansion of grazing land and fields increasingly encroaching on the reserve, wildlife incidents increased by almost 50% between 2000 and 2015 in Kenya.