Homepage » KENYA: when elephants and avocados fight over the Rift Valley 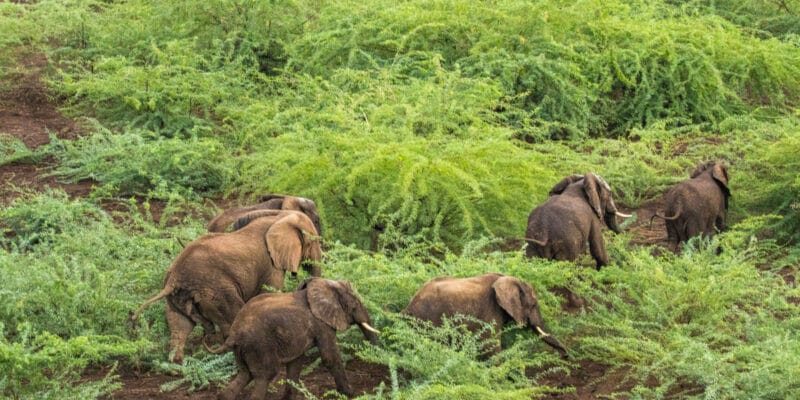 Elephant herds in the Amboseli Game Reserve in southwestern Kenya are in trouble with the KiliAvo farm. The 72-hectare avocado monoculture plantation near the park prevents the pachyderms from moving to other food sources. The situation may anger locals and conservationists, but the farm's promoters are not giving up.

In the Rift Valley of southwestern Kenya, environmental groups and Maasai people are denouncing the installation of a farm on elephant territory. According to the latter, the situation of the KiliAvo farm, a 72-hectare avocado monoculture plantation not far from Amboseli National Park, poses a threat to the pachyderms. “There are two farms here, and both are right in the middle of a wildlife dispersal area. We have evidence that some of these areas have been used by elephants as a maternity home. They come out of the park to give birth, and then they go back in when the calf is strong enough to walk,” says Daniel Ole Sambu, a member of the non-governmental organisation (NGO) Big Life Foundation.

In September 2020, pressure from both NGOs and local people who benefit from elephants through tourism led the National Environmental Management Authority (Nema) to order the suspension of KiliAvo’s operations while it reviewed the situation. The company has challenged this decision in Kenya’s Environmental Court, where the case is currently being heard. And while the court decision is pending, KiliAvo continues to operate in the field.

Overexploitation of the water table

Located at the foot of Mount Kilimanjaro, KiliAvo’s farm waters its nearly 2,000 avocado plants by pumping water from the water table. “We have two boreholes. The tanks allow us to water the plantation. Since I was born, there has always been water here. People say that if we continue drilling in the area, there will be no more water, but that is a lie,” disputes Jeremiah Shuaka Saalash, one of the owners of KiliAvo. Yet conservationists argue that it takes at least a thousand litres of water to produce a single kilo of avocados. “If we let them continue, we will lose control. Others will come and set up farms and we will lose our livestock and our Maasai way of life. Agriculture here is not sustainable. The area is semi-arid and can only be used for wildlife and livestock,” says Samuel Kaanki, president of Aloca, an association of Maasai landowners in the Amboseli Reserve.

Avocado has become very profitable since the explosion of European demand, boosted by vegetarian diets. Already Europe’s sixth-largest supplier, Kenya’s avocado exports rose 33% to $127 million in October 2020, according to the country’s Fresh Produce Exporters Association. Despite this economic breakthrough, the avocado sector remains far behind tourism, which brought in $1.6 billion in 2019.