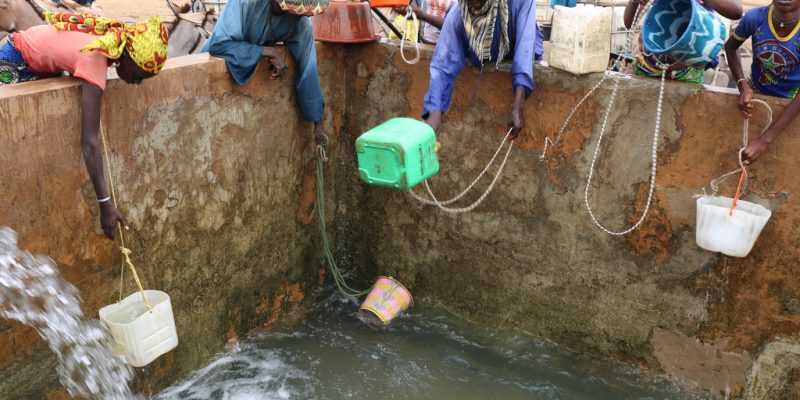 Residents of Lopeipuke village, located in Turkana County, Kenya, will soon benefit from a new water basin. Work has just begun on the installation. They are being carried out as part of the National Inclusive Agricultural and Rural Growth Project (NARIGP).

A water basin is under construction in Lopeipuke, a village in Turkana County, Kenya. The works have recently been officially launched by the Turkana County Government. With a volume of 117,360 m³ of water, the facility will help alleviate the water shortage problem faced by the more than 57,000 inhabitants of Lopeipuke and other localities in Turkana. “Successful implementation of the project would contribute to surplus food production in the Turkana region,” says Jacob Lolelea, Turkana County’s Director General of Agriculture and Land Development, Jacob Lolelea.

According to Philip Aemun, Director of Agriculture, Pastoral Economics and Fisheries, the future water basin could also add value to the products of the livestock chains by increasing the productivity and profitability of goats and sheep. This will be done through integrated landscape management, water harvesting and irrigation by spillway.

Considered one of Kenya’s arid counties, Turkana was hit by a devastating drought in 2019.  The Lopeipuke water basin is expected to be delivered in four months. “The implementation of the water basin project will also enable the neighbouring pastoralist community in the Turkana region to have access to water for their livestock and domestic water by reducing the burden of fetching water,” says Philip Aemun.

The water supply project is part of the National Inclusive Agricultural and Rural Growth Project (NARIGP). It is a five-year development project initiated by the Government of Kenya, supported by the World Bank and implemented by the county governments. At a total cost of $219 million (approximately 23.40 billion Kenyan shillings), the NARIGP will increase the agricultural productivity and profitability of targeted rural communities in the selected counties.