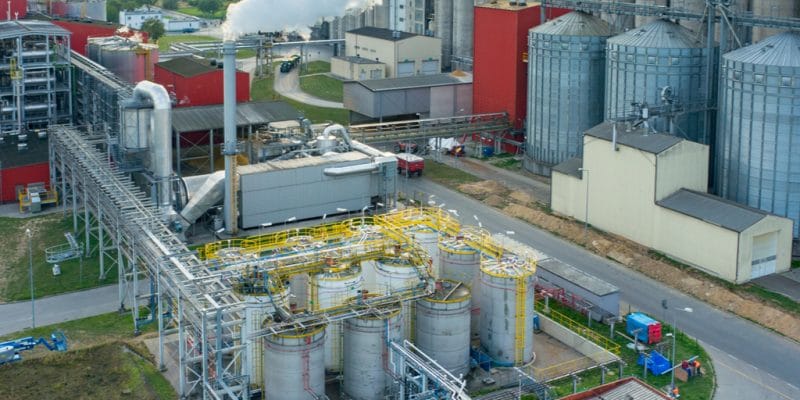 Kenya's Bamburi Cement company is relying on electricity generated from biomass installations to power its cement production plants in Kenya. It also uses this energy source for its facilities in Uganda.

How to reduce cement production costs in Kenya? This question is at the heart of the strategy of the Kenyan cement manufacturer Bamburi Cement, more than 58% owned by the giant LafargeHolcim. The company has decided to turn to biomass. It is a power generation process in which waste is burned to produce heat, which is then recovered to produce electricity.

The aim of Bamburi Cement is to burn the seized and confiscated cargoes at the port of Mombasa on the eastern coast of the country. The cement company has already signed an agreement with the Kenya Ports Authority, the body that manages ports in Kenya.

A strategy already implemented in Uganda

Currently, Bamburi Cement uses biomass to produce 12% of its electricity in Kenya. The objective of the new strategy is to reach 30%. This new direction is essential for the company, which is suffering losses partly due to high electricity rates. For example, in 2018, the cement company estimated that its earnings fell by 69%, resulting in a deficit of 600 million Kenyan shillings ($5.8 million).

Bamburi Cement is also encouraged by its results in Uganda, where its local subsidiary Hima Cement already produces 70% of its electricity from biomass. “Obtaining biomass has not been as easy as in Uganda because our plant is located far from biomass production sources. We are currently diversifying our sources of supply in order to be able to increase its share of the energy mix to more than 30% by 2022,” says Saddiq Hassan, General Manager of Bamburi Cement. In this East African country, the cement company spends 9,000 shillings (more than 87 dollars) for MWh of electricity. The amount in Kenya is up to 15,000 shillings ($145).

Bumbari Cement also plans to use waste collected in cities, as well as used tires. Recently, it announced an increase in its waste oil disposal capacity. The company, which employs more than 1,000 people, will also rely on its subsidiary Geocycle to burn 3 million tonnes of waste oil each year. This waste will be collected at petrol stations, car dealerships or garages in Kenya.