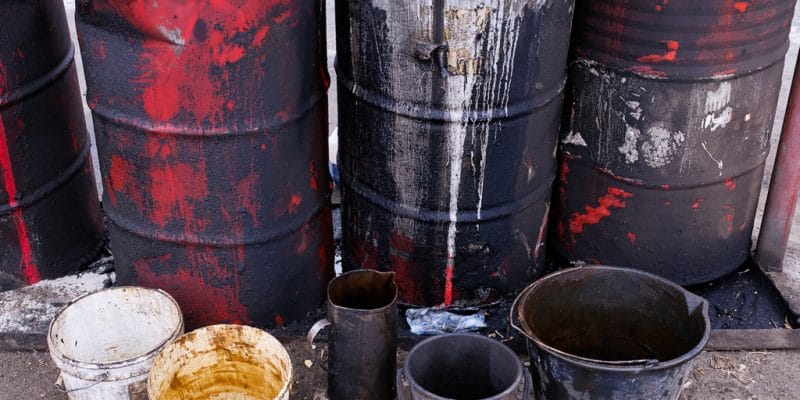 Geocycle, a Spanish company operating in Kenya as a subsidiary of the cement manufacturer Bamburi Cement, wants to increase its engine oil disposal capacity by 3 million litres per year.

Used engine oil is a black and very sticky substance that causes a lot of environmental damage. Bamburi Cement, the Kenyan cement manufacturer, more than 58% owned by the giant LafargeHolcim, wants to step up its efforts to eliminate used motor oil. To do this, it relies on its subsidiary, the Spanish company Geocycle, which has just unveiled its strategy for the coming months.

The aim is to increase its disposal capacity for waste engine oils by 3 million litres per year. “We hope that this initiative will help to eliminate all waste oils on the market, which are somehow found in the form of counterfeit and recycled products, which is harmful to users (mainly motorists, editor’s note) and the environment,” says Grant Ochieng, Director of Geocycle and Business Projects.

The Geocycle plan is ambitious. However, the company, which employs more than 2,000 people worldwide, could achieve its objectives. It estimates that in Kenya, more than 30 million litres of used motor oil are produced each year. To collect this liquid waste, it will rely on local actors.

Geocycle is already working with the French oil company Total, which has 191 service stations throughout Kenya. In these petroleum product distribution centres, engine draining services are also available. The latter will supply used motor oils to Geocyle. The company also works with Vivo Energy Kenya, the subsidiary of the Anglo-Dutch oil company Shell; and with the pan-African oil company Ola Energy. There are also agreements between Geocycle and Galana, Kenol Kobil and the National Oil Company.

The company, based in the province of Almeria, Spain, plans to expand its collection of used engine oils to car manufacturers, dealers, major carriers, fleet owners and car garages. The used engine oils collected will be destined for Bamburi Cement’s plants.

In cement plants, used motor oils are poured into kilns. Geocycle then uses its “co-processing” process, a certified waste management system, whose purpose is to eliminate used engine oils. They are used instead of fossil fuels such as oil or gas. This sustainable development concept reduces pollution and landfill space, thus contributing to reducing the ecological footprint of energy-intensive cement plants. The process has been validated by Kenya’s National Environment Management Authority (Nema).

This body, which controls Kenyan companies, has also approved a contract signed between Bamburi Cement and oil traders through the Petroleum Institute of East Africa. It concerns the launch of “an initiative for the guaranteed disposal of waste oils”. It should make it possible to improve the management of used motor oils.

Elsewhere in Africa, Geocycle recently made headlines with the commissioning of a waste-to-fuel plant in the city of Ain Sokhna, in the governorate of Suez, in eastern Egypt. This fuel is intended to supply a LafargeHolcim cement plant.