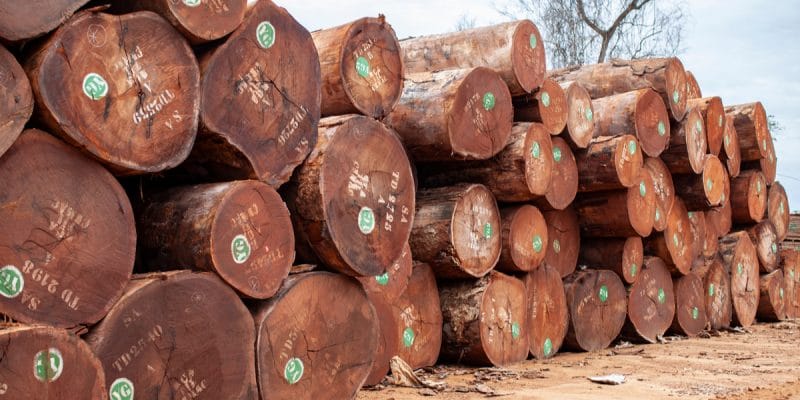 The classified forests of Ivory Coast will enjoy a little respite. Agents of the Ministry of Water and Forests have started a control mission in the classified forests in the south and east of the country. As a result, the activities of three logging companies have been suspended. Illegal logging is a major factor in deforestation in Ivory Coast, where forests now cover only 9.2% of the national territory.

The Ivorian Minister of Water and Forests, Alain Richard Donwahi wants to curb the phenomenon of illegal logging in his country. To this end, he has instructed the forest law enforcement units of his ministerial department to carry out control missions in the country’s classified forests. At the end of a first law enforcement mission conducted during the week of November 12th, 2021, three logging companies fell into the net of the Directorate of Forestry and Water Police (DPFE), as well as the Special Brigade of Surveillance and Intervention (BSSI).

The companies in question are IDES of N’douci and Hammer ATP in the Singrobo classified forest in the south of the country, and the Italian company FIP, in the Diamanarakro and Songan classified forest in eastern Ivory Coast. The agents of the Ministry put an end to the activities of these companies, and proceeded to the seizure of their working materials. A machine blocked.

Logging is strictly prohibited in classified forests in Ivory Coast. Decree No. 221-437 of September 8th, 2021 signed by the Head of State, Alassane Ouattara, further strengthens this ban, given the tiny forest cover of the West African country. According to the latest national forestry and wildlife inventory (IFFN) released in July 2021, Ivorian forest cover has fallen from 22 million hectares in 1960 to 2.97 million hectares today, or 9.2% of the national territory. Over the past 60 years, 90% of the Ivorian forest surface has disappeared, making Ivory Coast one of the countries in Africa with the highest annual deforestation rate.

The same study indicates that only 13.3% of classified forests and 32.2% of protected areas still contain forest cover. And it is in these last forest bastions that illegal loggers operate. These companies often cooperate with officials who accept bribes at every stage of the supply chain to allow the exploitation, transport and sale of illegal timber.