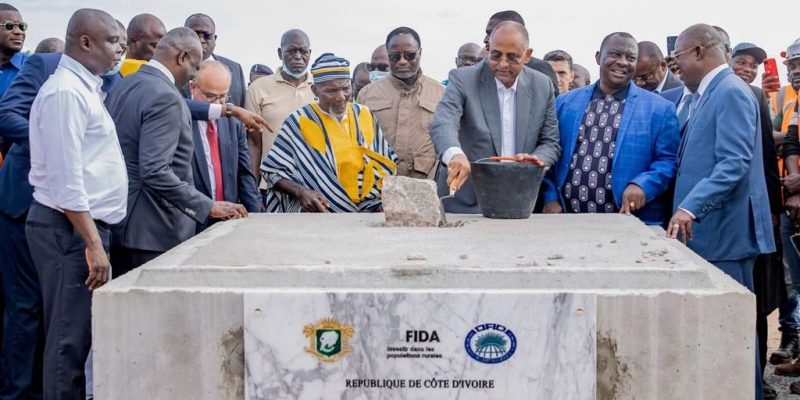 The Ivorian government has just launched rehabilitation work on the hydro-agricultural dam at Sologo, a locality located in the Poro region. The work is being carried out by a consortium formed by the French company NGE Contracting and the Ivorian company Sodistra.

In Ivory Coast, farmers in the locality of Sologo, in the Poro region, will soon receive continuous water to irrigate their plantations. This is the objective of the Sologo hydro-agricultural dam rehabilitation project, recently launched by the Ivorian Prime Minister, Patrick Achi.

The rehabilitation of the structure will make it possible to restore the rice-growing areas, which currently provide unstable production due to the low water supply. The work has been entrusted to a consortium made up of NGE Contracting, the Ivorian subsidiary of the French group NGE (New Generation of Entrepreneurs), which specialises in international building and public works (BTP), and Sodistra, a company based in Cocody in Ivory Coast.

The work involves the rehabilitation of the course and the replacement of the discharge valve, the laying of 15 km of concrete canals, the recalibration of the main outlet of the dam and the development of an irrigated area on 182 hectares of land.

According to the Ivorian authorities, the rehabilitated dam will provide water for the irrigation of 200 hectares of land for food crops. In addition to rice, millet, sorghum, fonio, corn, wheat, etc. will be produced. This is also the case for legumes such as cowpeas, voandzou (Bambara peas) and tubers such as sweet potatoes, cassava and yams, which are now dependent on rainfall.

Commissioned in 1974, the Sologo dam has a storage reservoir of 3.5 million m3. It is one of the most important agricultural infrastructures in the Poro region, which is considered the leading agricultural centre of Ivory Coast. The region is also home to the Solomougou dam, which has been undergoing rehabilitation since October 2019.

The rehabilitated dam includes the development of 810 hectares of land downstream. The project will also promote rice cultivation on 240.89 hectares, mixed farming on 544.52 hectares, fish farming on 15.82 hectares and a wooded area on 75.48 hectares. The beneficiary populations are from the sub-divisions of Tioroniaradougou (villages of Nambékaha, Sienkolokoro, Kaforo and Fegoha) and Guiémbé (villages of Guiémbé, Kafiné, Gbapolkaha, Talleré and Karakpo) According to the Ivorian Prime Minister, Patrick Achi, the rehabilitation work on the Solomougou dam is 96.4% complete and will be delivered in six months for a total investment of 15.589 billion CFA francs, nearly 24 million euros.