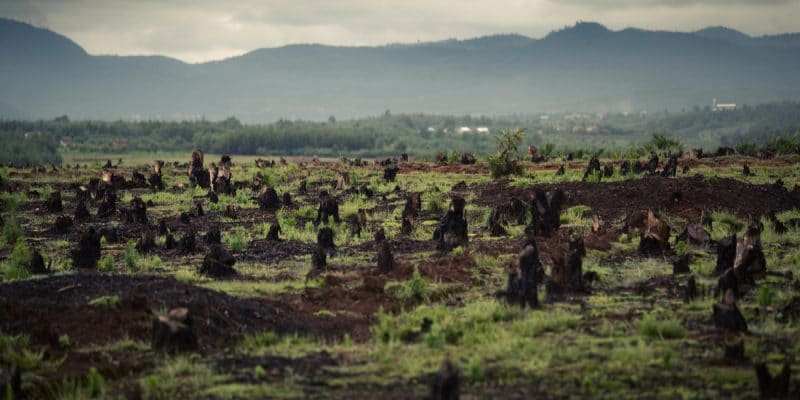 In Ghana, the French association Noé and its partners have launched the second phase of Econobio. The project, which is expected to run for the next four years, aims to restore over 300,000 hectares of forest land, with the planting of 150,000 local trees.

The official launch ceremony of Econobio II was held on June 24th, 2021 in Accra, the capital of Ghana. The signing of the related memorandum of understanding brought together the government of Ghana, France and the association Noé, the initiator of the project.

Co-funded by the French Development Agency (AFD), the Critical Ecosystem Partnership Fund and the Sofi Tucker Foundation, Econobio II will run for the next four years. According to the programme manager, Natacha Cayre, “Econobio will contribute to the restoration and sustainable management of more than 300,000 hectares of forest land, through the planting of 150,000 local trees, the reduction of illegal logging and poaching, and the strengthening of communities’ livelihoods. 200,000 Euros to build processing facilities and provide equipment to 5,500 farmers (50% of whom are women).

Econobio II is also an extension of phase I of the project, which was conducted between January 2018 and March 2021. During this period, 4,900 farmers (50% of whom were women) were empowered. The project also contributed to the development of five sustainable value chains, namely organic shea butter, organic virgin coconut oil, honey, organic cocoa and okra.

Projects like Econobio I and II are beneficial to Ghana’s biodiversity. The West African country is witnessing an unprecedented loss of forests. A study of satellite data published in 2019 by the US-based World Resource Institute (WRI) reports that Ghana has recorded the greatest percentage loss of primary forests of any tropical country. The study reveals that Ghana lost 60% of its primary forests between 2017 and 2018, with most of the deforestation occurring in its protected areas. According to the WRI, while mining and logging are the two main drivers of deforestation in Ghana, the expansion of cocoa farming is the main culprit.

In this context, the approach adopted by the Noé association in the framework of the Econobio project is based on human, social and environmental components. It consists of restoring ordinary biodiversity and natural environments, reconnecting humans with nature, and supporting the economic activities of local communities and civil society organisations that favour biodiversity.