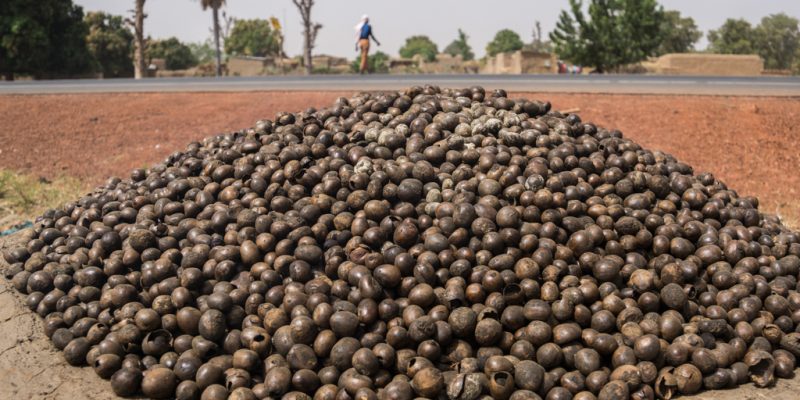 The environmental organisation A Rocha Ghana has undertaken the construction of a community-based organic shea butter production plant. The project site is located near the Mole National Park.

A Rocha Ghana uses organic shea nut kernels. The environmental organisation recently launched the construction of a community centre to produce organic shea butter, a vegetable oil that is highly prized in West, East and Central Africa. The construction site for the community plant is located near the Mole National Park, a 4,840 km2 nature reserve in northeastern Ghana.

The plant will be equipped with facilities to improve butter quality, reduce the ecological footprint and health risks associated with processing shea butter. Eight mini-warehouses for storing the nuts will also be built in the region. The project will also acquire tricycles for transport, tarpaulins for drying and improved stoves for processing the almonds.

The construction of the community plant for the production of organic shea butter is financed by several development partners including the French Development Agency (AFD), the United States Agency for International Development (USAID), and beauty brands: Dessange and Evolution of Smooth (EOS).

The initiative is part of the EconoBio project, launched by the French NGO Noé with the aim of providing an innovative model of biodiversity conservation based on the development of economic value chains for the benefit of local populations living in and around rich biodiversity areas. According to Noé, the aim is to “put the economy at the service of biodiversity protection. The objective is to build a real public-private-associative-community partnership to develop, apply and perpetuate the model”.

“The centre will have a production capacity of one tonne of shea butter per day, the potential to create around 200 jobs and the ability to generate income, particularly for the women of the shea cooperative. This will economically empower women, boost Ghana’s organic shea butter industry and contribute to Ghana’s overall growth and development agenda,” Noé says.

The construction of the organic shea butter factory is supported by the Global Shea Alliance (GSA) and Savannah Fruits Company. After organic shea butter, the EconoBio project will also enable the production of honey around the Molé National Park, cocoa cultivation around the Kakum Conservation Area, coconut oil, cocoa again and cassava around the Kwabre-Tanoé Transboundary Forest in Ghana.