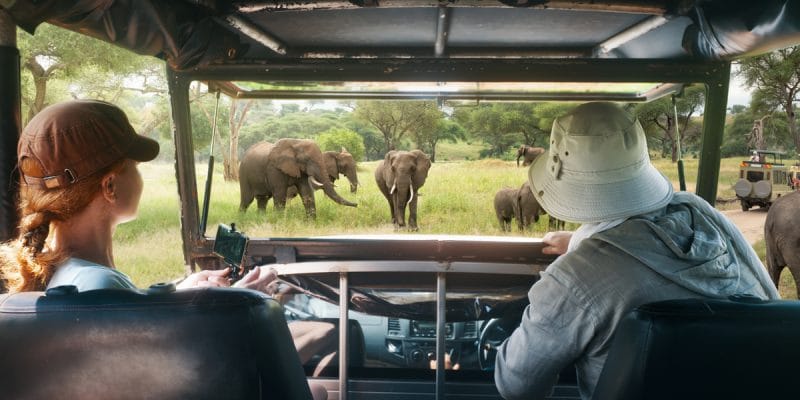 The Ghana Forestry Commission has published a manual on ecotourism. The 90-page document provides basic information on Ghana's ecotourism potential, key institutions in the sector and their respective missions. The purpose of such an initiative, however, makes it incomprehensible that the Ghanaian government is threatening the rich biodiversity of the Atewa Forest Reserve, northeast of the capital Accra, with mining projects.

Ghana wants to make ecotourism a pillar of its national economy. This is the aim of the publication, on February 1, 2022 in the capital Accra, of a manual on ecotourism. The 90-page document produced by the Ghana Forestry Commission, provides basic information on the ecotourism potential of the West African country, the key institutions in the sector as well as their respective missions. “In line with the government’s digitization program, each tourist site listed in this handbook has a quick response (QR) code that, when scanned on a phone, takes the reader directly to the tourist destination’s website,” explains Samuel Abu Jinapor, Ghana’s Minister of Lands and Natural Resources.

The Ghanaian government sees ecotourism as an effective economic incentive for the conservation and protection of ecosystems and biodiversity. The activity generates income that contributes to the growth of the national economy. This is the case in countries such as Kenya, Tanzania, South Africa, Rwanda and Zambia. In 2019, Najib Balala, Kenya’s Minister of Tourism reported that ecotourism revenue was $1.61 billion. And were it not for the travel restrictions imposed by the Covid-19 pandemic, those revenues would have grown at an average of 6 percent per year over the next 10 years, according to the 2017 edition of the World Travel and Tourism Council’s (WTTC) annual assessment report.

A problem of inconsistency?

It is clear that with the publication of the ecotourism handbook, Ghana wants to capitalize on its forest and wildlife potential. Yet some of the government’s commitments do not support this idea.

In a second tweet dated February 11, 2021, Leonardo Dicaprio, the heroine of the famous movie Titanic, calls on the Ghanaian government to ensure the protection of the Atewa forest. In the 2-minute video that accompanies his tweet, the world-renowned actor gives key figures on the Atewa forest, before reminding us that it is one of the irreplaceable places on Earth that guarantees the maintenance of the planet alive. Located 95 km northeast of the capital Accra, the 725 km2 forest reserve is home to more than 1,000 species of plants, 230 species of birds, 570 species of butterflies and over 50 species of mammals, most of which are endangered.

Leonardo Dicaprio’s concerns are based on the Ghanaian government’s continued determination to exploit nearly 165 million tons of bauxite covered by the mountain forest. An important deposit that was the subject of an agreement between Ghana and China in 2016. The agreement calls for China to exploit the bauxite deposit in return for a $2 billion Chinese investment in various development projects across Ghana, including roads. Following an initial disbursement of Chinese funds in November 2019, work has begun on the construction of access roads to the top of the Atewa forest in preparation for exploration drilling and identification of the bauxite deposits.