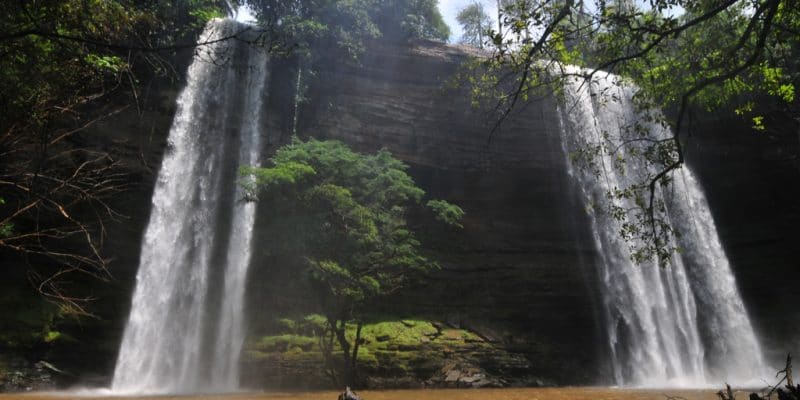 Despite protests from environmentalists, activists and people, the Ghanaian government is determined to exploit a bauxite deposit in the Atewa Forest Reserve in the southwestern part of the country.

The Atewa Mountain Range is located not far from Accra, the capital of Ghana. Local people call it Atiwa-Atwaredu. It is a chain of mountains recognisable by its greenery and especially its canopy. It is a forest reserve, the largest in Ghana. On the slopes of some of the mountains in the Atewa range, we can observe waterfalls and rivers that feed this exceptional biodiversity.

As we move through the jungle, the natural space is full of biodiversity. There are rare, even endemic species of the region. Like the katydids, a grasshopper species belonging to the family Tettigoniidae. Eight new katydid species were discovered during a study by the non-governmental organisation (NGO) Conservation International in 2006. The particularity of these katydid species is that the specimens have “incredibly long antennas and sometimes adapted to look like a leaf”. Some kind of camouflage to escape predators.

According to the NGO Global Wildlife Conservation, the forest has 3,000 plant species and more than 570 butterfly species, representing 77% of Ghana’s total number of butterfly species. There are also six species of primates and ten species of large mammals. The very survival of this biodiversity is more threatened than ever. Because of the illegal logging and illegal gold panning that is taking place in this forest. There is also a bauxite deposit discovered in the reserve, and the Government of Ghana is determined to exploit it.

Bauxite is like a godsend for the growing economy of Ghana. But its exploitation within a classified forest reserve is anything but good news for ecologists who protest against the government’s choice to raze trees to exploit the reserve’s subsoil. They are joined in their struggle by the people, who have organised a peaceful demonstration in the Ghanaian capital Accra. In addition to the destruction of the unique ecosystem of the Atewa forest, they fear water pollution from bauxite and especially from the chemicals used to extract this ore.

Atewa is home to the source of three major rivers, which supply water to 5 million people in Ghana. These are Ayensu and Densu flowing south to the Atlantic, and the Birim River which makes a long detour to the north and southwest around the Atewa Range before reaching the Pra River.

Petitions have also been launched online to protest against the government’s plan. The bauxite from the Atewa Forest will be exploited in partnership with China. In response to concerns raised by NGOs and communities, Ghana’s President Nana Akufo-Addo said bauxite would be exploited with new technologies to limit environmental impacts. Will Atewa Forest Reserve withstand the high demand for bauxite, particularly in the beverage can industry on the African continent and in China? Nothing is less certain… Meanwhile, the government has already started clearing the Atewa forest for the construction of access roads to the site of the future bauxite mine.