Homepage » GHANA: Mining project in the Atewa forest, Leonardo Dicaprio is back in charge

GHANA: Mining project in the Atewa forest, Leonardo Dicaprio is back in charge 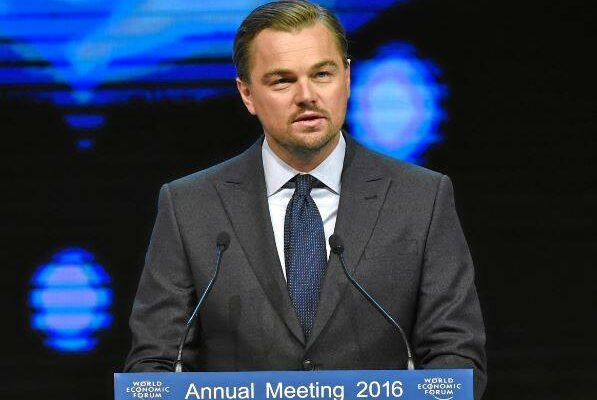 The famous film actor Leonardo Dicaprio once again calls on the Ghanaian government to abandon the bauxite mining project in the middle of the Atewa Forest Reserve. It is a biodiversity hotspot with a unique ecosystem that is home to around 50 species of endangered mammals and provides freshwater for almost 5 million people.

In a second tweet dated February 11th, 2021, the heroine of the famous film Titanic calls on the Ghanaian government to ensure the protection of the Atewa Forest. In the 2-minute video that accompanies her tweet, the world-renowned actor gives key figures on the Atewa Forest, before reminding people that it is one of the irreplaceable places on Earth that keeps the planet alive. Located 95 km north-east of the capital Accra, the forest reserve, which covers 725 km2, is home to more than 1,000 species of plants, 230 species of birds, 570 species of butterflies and more than 50 species of mammals, most of which are endangered.

Leonardo Dicaprio’s concerns are based on the Ghanaian government’s continued determination to exploit nearly 165 million tonnes of bauxite covered by the mountain forest. A major deposit that has been agreed between Ghana and China in 2016. The agreement provides for the exploitation of the bauxite deposit by China in return for a Chinese investment of US$2 billion in various development projects across Ghana, including roads. Following an initial disbursement of Chinese funds in November 2019, construction work on the access roads to the top of the Atewa Forest was launched in preparation for exploration drilling and identification of bauxite deposits.

A national park would make more money than the mining project

Having founded an environmental organisation, the Leonardo DiCaprio Foundation, which has been in existence since 1998, it is not surprising that the award-winning actor is keenly interested in the situation of the Atewa Forest. His first tweet on the issue was published in November 2019. The actor and film producer had then joined his voice to those of the non-governmental organisations (NGOs) fighting the Atewa mining project. On January 13th, 2019, the Ghanaian NGO, A Rocha Ghana took the project to court to stop the exploitation project. It was supported by 20 other civil society organisations. According to A Rocha Ghana, bauxite mining in the Atewa Reserve violates the right of Ghanaians to a clean environment and a water source that supplies 5 million people, including residents of the capital Accra.

In response to fears raised by NGOs and the people, Ghana’s President Nana Akufo-Addo said bauxite would be mined with new technologies to limit environmental impacts. Guarantees that are not always reassuring for the populations. A group of people living near the Atewa forest also threatened to take the case to The Hague, arguing that turning the borehole into an “ecotourism attraction” could bring the country much more than the $2 billion provided by China.