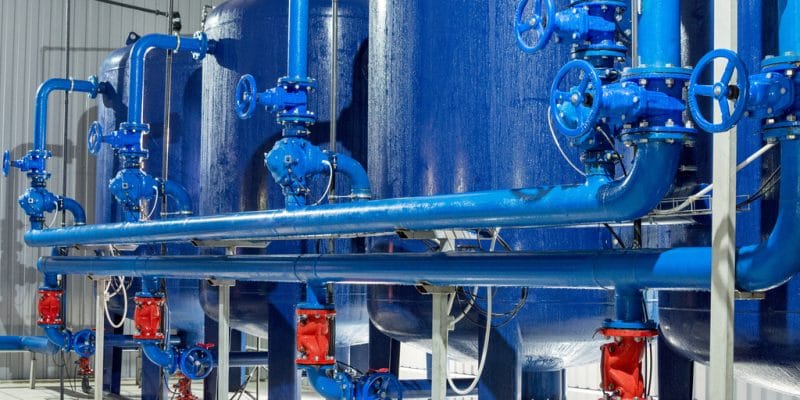 The Mitzic drinking water plant was recently commissioned in the presence of Alain-Patrick Kouma, Managing Director of the Gabonese Energy and Water Company (SEEG). In this council of the Woleu Ntem province in Gabon, the installation covers the needs of 11,000 people.

It is one of the four “Opalium” stations planned by the Energy and Water Company of Gabon (SEEG), in its roadmap for the end of 2020. Initially scheduled to come on stream in September 2020, the Mitzic drinking water plant was finally delivered in October 2021, to the satisfaction of the population. In all, 2,750 households, or 11,000 inhabitants of several neighbourhoods of Mitzic, not served to date, have been supplied with drinking water for several days. This municipality of more than 5,000 inhabitants is located in the province of Woleu Ntem.

A pumping station installed in Lake Miang transports the water to the new “Opalium” water treatment plant, which has a capacity of 50 m3 per hour, or 1,200 m3 per day. SEEG says the work cost 523 million CFA francs, more than 797,000 euros. The Mitzic station was launched during a tour of the Woleu Ntem province by Alain-Patrick Kouma, General Manager of SEEG. Not far from Mitzic, in Bitan, the manager also inaugurated a booster pump that improves the frequency of water distribution in the Mengome Ayat neighbourhood, serving 3,000 people.

Strengthening the supply of drinking water

SEEG’s roadmap includes three other “Opalium” drinking water plants, for which construction has already begun in the communes of Ndjolé, Booué and Mouila. In Ndjolé, in the province of Moyen Ogooué, the future plant will have a capacity of 50 m3 per hour. This will increase the production capacity of the commune by 600 m3, serving 2,750 households.

With a similar capacity, the water purification plant in Booué, in the province of Ogooué Ivindo will also serve 2,750 households. The plant at Mouila in Ngounie province will be much larger, with a capacity of 140 m3 per hour, or 3,360 m3 per day. SEEG estimates that the facility will increase drinking water coverage in this part of Gabon.