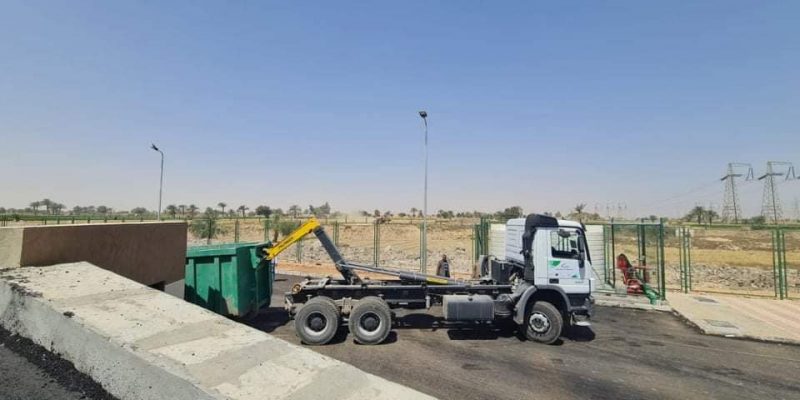 In Egypt, the Abu Tasht solid waste management center in the Qena governorate is getting a transit station. The facility was inaugurated on September 26th, 2021 by the Egyptian Minister of Environment, Yasmine Fouad.

After Asyut a few days ago, the governorate of Qena in Egypt is commissioning a transit station for solid waste. The facility serves the solid waste management center of Abu Tasht, as well as the surrounding villages.

The platform is capable of storing 200 tons of solid waste per day. According to the Egyptian Ministry of Environment, the waste stored at the intermediate site will later be transferred to the Naj Hamadi Beka solid waste treatment and recycling plant. The new facility was also commissioned on September 26th, 2021.

Opening of solid waste management in Qena©Egyptian Ministry of Environment

To build the two solid waste management facilities, the Egyptian government allocated 14 million Egyptian pounds, more than $889,000. The work is part of the National Solid Waste Management Program (NSWMP) of the Egyptian Ministry of Environment. The initiative launched in 2012 will also benefit the governorates of Kafr El Sheikh and Gharbia.

Egypt produces an average of 95 million tons of waste each year. To improve solid waste management, the Egyptian government is also focusing on energy recovery. The most recent project will incinerate about 1,200 tons of solid waste per day in the Giza governorate in central Egypt. The Egyptian authorities have awarded this other project to Indian energy services provider ReNergy Group Partners. The company will recover heat from waste incineration to generate electricity.

The Egyptian government wants to reduce solid and sanitary waste pollution by 50% by 2030, also through the gradual adoption of the circular economy.