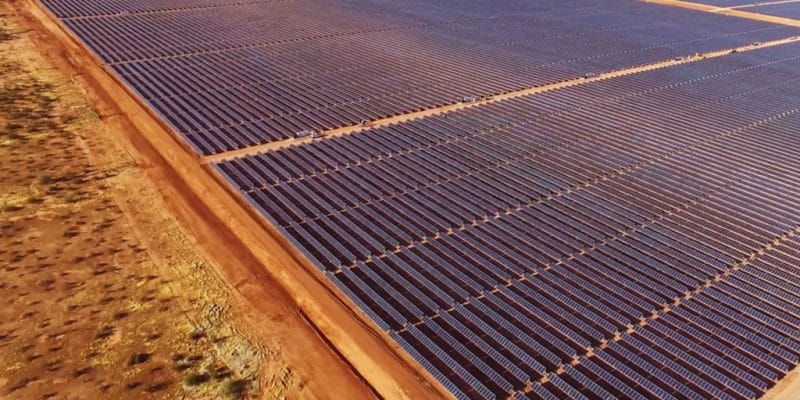 A new solar photovoltaic power plant now supplies electricity in the Sinai region of northeast Egypt. It was commissioned by the French company Schneider Electric, accompanied by several partners.

The authorities of the governorate of South Sinai recently visited the village of Abu Gharaged for the inauguration ceremony of a solar photovoltaic power plant. It was commissioned by the French company Schneider Electric, who worked on this project with Jinko Solar, a Chinese company known in Africa for its off-grid projects. It has previously collaborated with Schneider Electric to supply a mini off-grid solar power plant (55 kWp) in the small village of Abu Gharaged, still in the South Sinai.

The Abu Gharaged solar photovoltaic power plant supplies 5 MWp to the grid. The installation works with Schneider Electric’s “EcoStruxure” platform. It is an open, inter-operable, ready-to-use and IoT (Internet of Things) compatible architecture and platform that optimises up to 50% of the carbon footprint and up to 80% of the engineering costs and construction times of solar power plants.

The one in Abu Gharaged provides electricity to 35 homes, schools and clinics, reaching at least 300 people. Some of the electricity will be evacuated to other governorates. As a result, an electricity line is being built between the Red Sea Governorate and the city of Shalateen.

This is the second solar photovoltaic power plant commissioned in a very short time by the French company Schneider Electric in Sinai. In April 2019, the company, which employs more than 141,000 people, connected a solar photovoltaic power plant near the seaside city of Sharm el Sheikh. Schneider Electric worked on this other project with Intro Energy and Gila AlTawakol Electric, local companies that acted as lead developer, site layout manager and co-developer respectively.

The plant has a 5 MWp capacity and provides clean energy to 2,000 people, while avoiding emissions of 3,000 tonnes of CO² per year. This solar park also works with the “EcoStruxure” system.