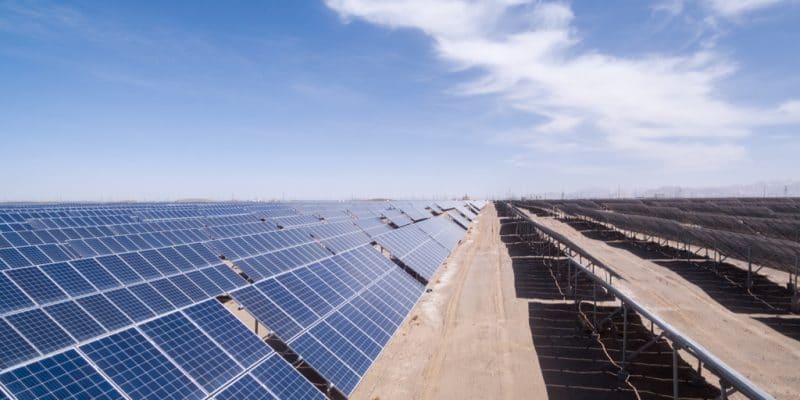 Schneider Electric, a French industrial group, has recently commissioned the very first solar power plant in Sharm el Sheikh, a seaside town in the Sinai region of eastern Egypt. With a capacity of 5 MW, it will avoid emissions of 3,000 tonnes of CO2 each year.

Sharm el sheikh, a city known for its fine sandy beaches with turquoise waters that extend into the Gulf of Aqaba. The city attracts many tourists who come to sunbathe in this desert peninsula. It is the rays of this sun that will also be used to produce electricity. The city of 73,000 inhabitants has just acquired its first solar power plant.

It was built by Schneider Electric, a French industrial group specialising in the supply of electricity management products. The company worked on the project with Intro Energy and Gila AlTawakol Electric, local companies that act as lead developer, site layout manager and co-developer respectively. Schneider Electric is involved in this project as a technical partner.

Together, these companies have built a solar power plant capable of supplying 5 MW of electricity per day to the national grid. The park will provide clean energy to 2,000 people in Sharm el-Sheikh city and will prevent 3,000 tonnes of CO2 emissions. The commissioning of the facility was followed by an inauguration ceremony attended by the Governor of South Sinai. Khaled Fouda said in his speech that expansion work is already underway to increase the capacity of the Sharm el Sheikh solar park to 40 MW.

The entire installation will operate with a digital management solution from Schneider Electric, including “EcoStruxure”. It is an open, interoperable, ready-to-use and IoT (Internet of Things) compatible architecture and platform that optimises carbon footprint by up to 50% and engineering costs and lead times by up to 80%.

“It leverages existing technologies in IoT, mobility, detection, cloud computing, data analysis and cybersecurity to innovate at all levels, from connected products and distributed control devices to applications, analysis tools and services,” explains Schneider Electric. He added that EcoStruxure has been deployed on more than 450,000 installations worldwide, with the support of 9,000 integrators to connect more than a billion connected devices.