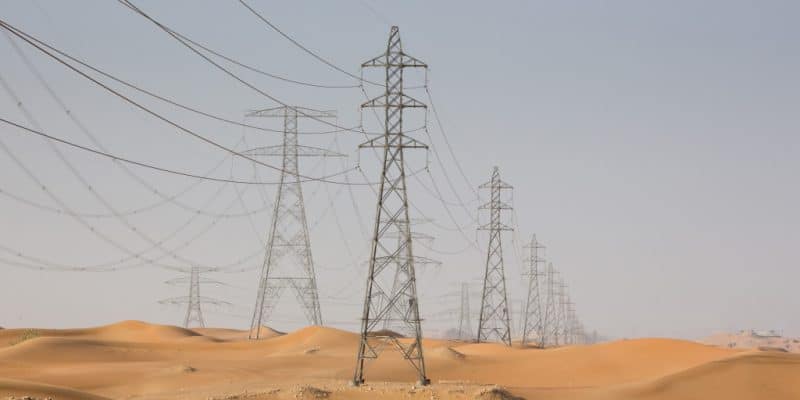 A consortium formed by Orascom Construction and Hitachi ABB Power Grids has been appointed by the Egyptian and Saudi authorities to build a power line to interconnect the two countries. This infrastructure will enable the exchange of renewable energy between Egypt and Saudi Arabia.

The Egyptian Electricity Transmission Company (EETC) has appointed a consortium of two companies for the Egypt-Saudi Arabia power interconnection project. Orascom Construction of Egypt and Hitachi ABB Power Grids, a company based in Zurich, Switzerland, will build the Egyptian portion of the future transmission infrastructure. Hitachi ABB Power Grids will handle the Saudi portion with SSEM. Egypt and Saudi Arabia are separated by more than 1,400 km of desert and sea. The complexity of this HVDC (High Voltage Direct Current) project for both countries and for the Middle East and North Africa (Mena) region is obvious. For the Egyptian part of the project, Orascom and Hitachi will build an HVDC converter station northeast of Cairo, as well as a transition station in Taba, Sinai.

Delivery of the first part of the works in 2024

The project will allow the exchange of 3,000 MW of 500 kV electricity between the countries, over 1,350 km by means of overhead power lines and a submarine cable crossing the Red Sea. The submarine cable is 20 km long and will be laid in the Gulf of Aqaba. “Electricity will be able to flow in several directions between three terminals, for example, from Tabuk to Badr, but also simultaneously from Tabuk to Medina,” explains Hitachi ABB Power Grids.

The future line will therefore run from Badr, east of Cairo, to Medina via Tabuk in Saudi Arabia. At each of these points, high voltage converter stations will be built, i.e. two in Saudi territory and one in Egypt. The first phase of the project, to be completed in 2024, will build a line capable of exchanging 1,500 MW. The second phase of the project will be delivered in 2025.

The signing of the agreement between the state-owned EETC, Saudi Electricity Company and the Orascom Construction-Hitachi ABB Power Grids consortium comes 9 years after the agreement on the establishment of an electricity link between Egypt and Saudi Arabia. The project is also regional in scope as it will provide Egypt with access to the interconnected power grids in the Persian Gulf and Saudi Arabia with access to those in North Africa.

The two countries have agreed that most of the electricity exchanged will be generated from renewable sources. And when it comes to clean energy, both countries have high ambitions. Egypt hopes to produce 42% of its electricity from renewable sources by 2035, including solar and wind power, which are currently being developed in the country. On the Saudi side, the authorities want to increase the share of renewable energy in the electricity mix to 50% by 2030, while relying on natural gas.