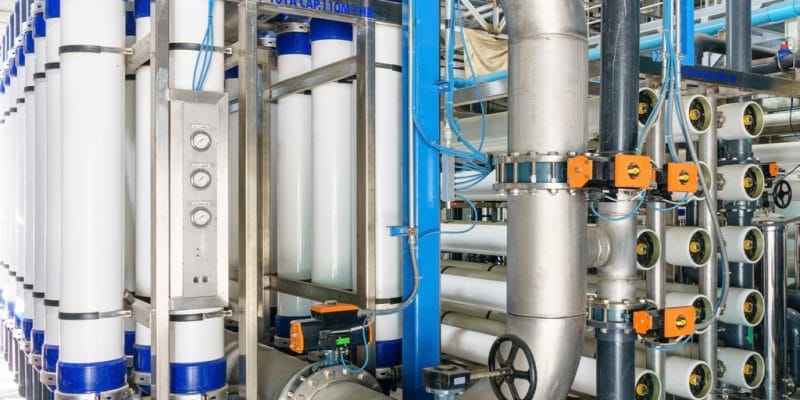 The Emirian company Metito recently launched construction work on a seawater desalination plant in Al-Arish, a city in the North Sinai Governorate. This plant is being built as part of a public-private partnership (PPP).

Metito is launching a new public-private partnership (PPP) on the water sector in Africa. This time around, the Emirian company is building a seawater desalination plant in Al-Arish, a town in the North Sinai Governorate in Upper Egypt. The project has just been initiated.

The plant will be able to supply 100,000 m3 of drinking water per day. It is built in partnership with the Egyptian company Orascom Construction. According to Metito, the plant will be able to supply 750,000 people in Upper Egypt. The company plans to bring its plant into service in 2021. But first, it will require a £1.6 billion investment, or over $96 million. The water will then be sold to Holding Company for Water and Wastewater (HCWWW), the company that provides public drinking water services in Egypt.

Metito in favour of PPPs in the water sector

Metito has indicated that it is ready to engage in new drinking water projects in Egypt under PPPs. It uses the same model to build a drinking water plant in Kigali, the capital of Rwanda. The station is built by its local subsidiary Kigali Water Limited (KWL). The drinking water plant will be able to produce 40,000 m3 of water per day, which is one third of the total volume of drinking water produced for the city of Kigali. Metito is expected to inaugurate this facility in 2020.

KWL will produce drinking water from surface water, with the support of several development partners, like the Emerging Africa Infrastructure Fund (EAIF), a fund owned by the Private Infrastructure Development Group (PIDG) that invests in many projects in Africa. The fund has injected $21.6 million in the form of a loan. The African Development Bank (AfDB) is also supporting the project by investing $19 million.

However, no details were provided on the various financial partners of the Al-Arish desalination plant. However, Metito is not at its first desalination plant in Egypt. She has just delivered for the authorities, the Hurghada station, on the shores of the Red Sea. The station provides 80,000 m3 of drinking water per day. This led to an investment of £825 million, about $50 million.