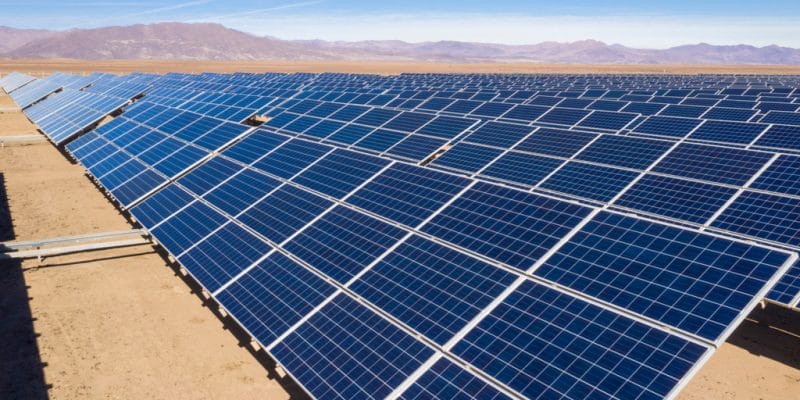 The independent power producer (IPP) ib vogt has just sold its shares in the 64.1 MWp "Infinity 50" photovoltaic solar power plant in the Benban complex in Egypt. Its shares were bought by the Emirati IPP Masdar, which wants to increase its assets on the African continent tenfold.

News about the Benban solar complex in the governorate of Aswan in Egypt. The German company ib vogt, which is participating in the development of this clean energy mega-project, has announced the sale of its shares in the “Infinity 50” photovoltaic solar power plant that it built with the Egyptian company Infinity Energy S.A.E.

The Berlin-based Independent Power Producer (IPP) is selling its shares to Masdar, an Emirati company with ambitions in renewable energy in Africa. In this transaction, ib vogt has been advised financially by Ikarus Capital Advisory. IPP also received legal advice from Norton Rose Fulbright LLP.

Towards the sale of shares in three other solar power plants

According to ib vogt, the 64.1 MWp “Infinity 50” solar power plant, inaugurated in 2018, was “the first large-scale photovoltaic plant built in Egypt and the first to mark what would become the Benban Solar Complex, one of the largest utility-scale grid-connected solar complexes in the world. It represents a milestone in the development of renewable energy infrastructure in the Mena region (Middle East and North Africa)”.

Also as part of its transaction with Masdar, the German company has signed agreements of intent to purchase its interests in three other solar parks also located in the Benban solar complex, with a combined capacity of 166.5 MWp. The purchase of these shares is expected to further strengthen the merger between Masdar and Infinity Energy, which is expected to take place in January 2020.

The partnership between Masdar and Infinity Energy

“This strategic investment for Masdar marks our first collaboration with Infinity Energy as part of the platform our two companies announced at Abu Dhabi Sustainability Week earlier this year to invest in renewable energy generation in Egypt and elsewhere in Africa. We see many opportunities for our partnership in this region and continue to work closely with Infinity Energy on the future success of Infinity Power (joint venture),” said Mohamed Jameel Al Ramahi, Masdar’s CEO.

However, the IPP ib vogt states that Infinity Vogt Services S.A.E., the special purpose company set up with Infinity Energy to operate their solar power plants in the Benban solar complex “will continue to provide operation and maintenance services for the 230 MWp portfolios”. But its responsibilities will now be assumed by Masdar.