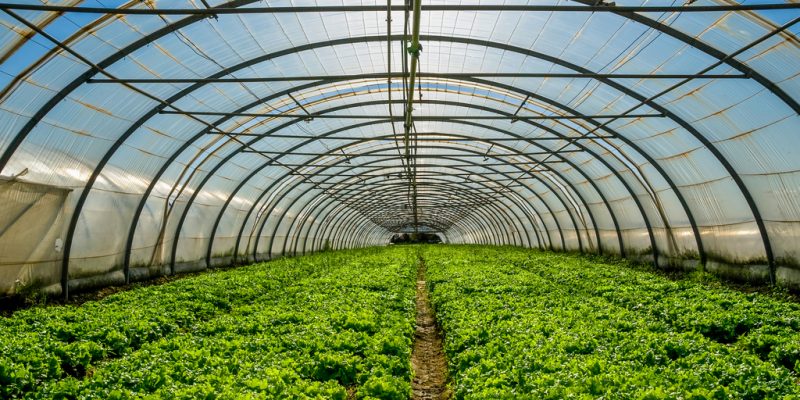 More than 1,300 agricultural greenhouses have recently been inaugurated by the Egyptian government. The event is part of a larger project of 100,000 greenhouses that will also support the government's plan to rationalise water use.

President Abdel Fattah Al-Sisi of the Republic of Egypt officially opened 1,300 agricultural greenhouses. They are located at the Mohamed Naguib military base, near the port city of Alexandria in northern Egypt. The greenhouses are located on a 4,200-hectare site. Agriculture in semi-open plastic or glass structures is promoted by the Egyptian government as it is less water-intensive.

This is precisely in line with Egypt’s new strategy to rationalise water consumption. The reason for this policy is the significant decrease in the flow of the Nile River, which has long served as a water source for agriculture in Egypt and the forecasts for 2019 are not very encouraging. The Egyptian Ministry of Irrigation and Water Resources reports that the flow of the Nile will decrease by a further 5 billion cubic metres. In response to this situation, urgent measures have been taken, including restrictions on the cultivation of rice, sugar cane, bananas and all crops with a high water content. Greenhouse agriculture could be an alternative that would allow people to be fed while preserving water resources.

A much larger project

The greenhouses that are being built in Egypt are used to produce fruit and vegetables for the population. Plants that grow in greenhouses receive a specific amount of water for their growth. In addition, greenhouses protect them from certain insects and farmers do not use insecticides. The Egyptian president believes that greenhouse projects will help to ensure food security and bridge the gap between production and consumption in the country while maximising the use of available land. The productivity of the 1,300 greenhouses inaugurated recently is estimated at 184,000 tonnes per year.