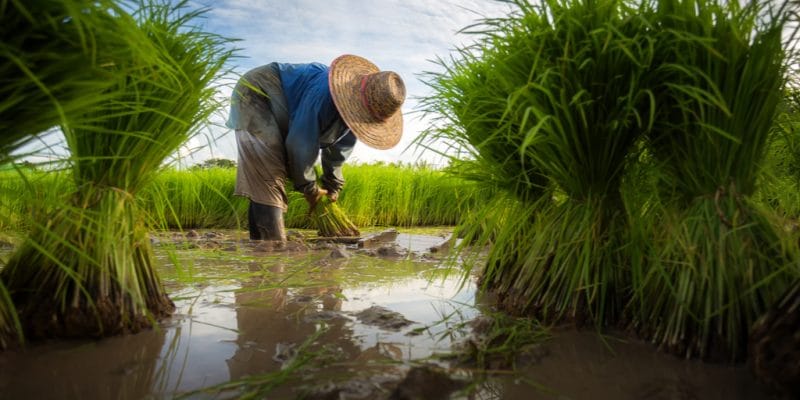 The Egyptian government has taken further steps to reduce the use of the Nile's water for irrigation. The objective is to protect against the decrease in precipitation that could have an influence on the flow of the Nile.

Farmers in Egypt’s Nile Basin will drastically reduce their water consumption. This is what the Egyptian Ministry of Irrigation and Water Resources is asking of them. The decision comes after the release of forecasts indicating a decrease in rainfall in the Ethiopian highlands.

The rainwater that flows over these areas contributes to significantly increasing the flow of the Nile before its long crossing of Egypt. The rainy season that began in early August in the region is expected to last until November 2019. But the amount of rain will probably be below seasonal standards. For example, the Egyptian Ministry of Irrigation and Water Resources indicates that the flow of the Nile will decrease by 5 billion cubic metres. “This deficit represents 10% of Egypt’s share of 55.5 billion m3 of the Nile’s water, as established in a 1959 agreement allocating the rights to the Nile’s water,” says the Egyptian Ministry of Irrigation and Water Resources.

The implications for farmers

The most affected by the announced decrease in the flow of the Nile are farmers who are obliged to comply with the new regulations issued by the Egyptian Ministry of Irrigation and Water Resources. Further amendments were made to Law 53/1966 on agriculture. Restrictions are now imposed on the cultivation of rice, sugar cane, bananas and all crops that are water-intensive.

The government intends to ensure compliance with the new rules through satellite monitoring. “Action will be taken against those who do not abide by the cultivation restrictions. Farmers will be fined 2,000 Egyptian pounds ($120.5) for a first offence. The amount that will increase to £10,000 ($603) for subsequent offences. Repeated refusal to comply could lead to a seasonal ban on all forms of cultivation,” warns Mohamed Al-Sebaai, spokesman for the Egyptian Ministry of Irrigation and Water Resources. The authorities want to encourage the practice of drip irrigation, which consumes less water. “We have also agreed with the Ministry of Agriculture that 85% of the water used for irrigation should eventually come from recycled sources,” says Yousri Khafaga, an advisor to the Minister of Irrigation and Water Resources.

The Red Sea Governorate did not wait for the authorities’ decision to try to preserve the water resource. Since 2016, the local administration has been experimenting with the use of treated wastewater to irrigate parks and public gardens. The project is being carried out by Red Sea Water and Wastewater Company. It has created a network separated from the sewerage network of 850 houses and public buildings. The collected grey water is discharged into a water treatment plant for irrigation.

“Grey water represents 60% of the water consumed. They come from ponds and baths, and we have treated them,” says Abdullah Gharibtold, the head of the Red Sea Governorate’s Grey Water Unit. A model to be replicated in other governorates of this North African country (Egypt).