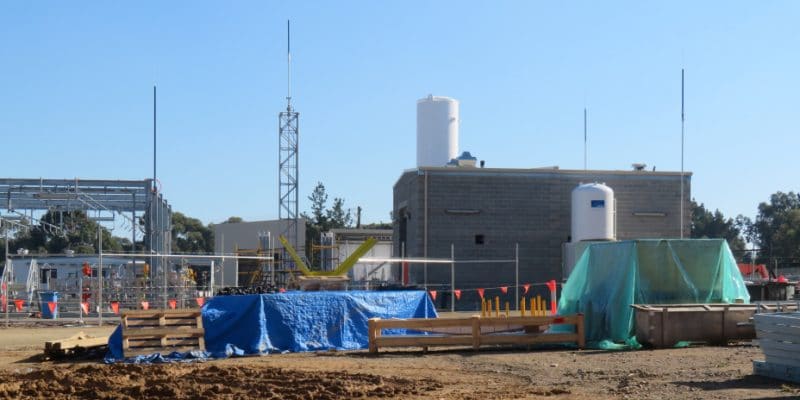 The Egyptian government has announced its intention to invest $4 billion in the production of green hydrogen. Its project, still at the study stage, is being implemented in partnership with the German giant Siemens.

Egypt is moving ahead with the implementation of its green hydrogen production pilot project. Mohamed Shaker, Egypt’s Minister of Electricity and Renewable Energy, has set the budget for the production and storage of this clean energy at 4 billion dollars. For the time being, the pilot project is still in the study phase led by Siemens. The German energy giant is carrying out the study in collaboration with Egypt’s Sovereign Wealth Fund and several ministerial departments.

Egypt has become one of the main leaders on the African continent in renewable energy production. A few years ago, Cairo set a target of producing 42% of its electricity from renewable sources by 2035 and 20% by 2022. According to Minister Mohamed Shaker, the share of renewables in Egypt’s electricity mix should reach 20% by the end of this year, a year ahead of schedule.

Such is the dynamism in Egypt’s electricity sector that the North African country is putting a lot of resources into selling its surplus production in neighbouring countries and even in the Middle East, notably Iraq. Green hydrogen could boost Egypt’s energy ambitions. As well as independent power producers (IPPs) developing wind and solar projects in the land of the pharaohs, six international companies have already made proposals to the authorities for green hydrogen projects. These companies, based in the UK, US, Germany, Japan, Italy and China, plan to produce hydrogen from solar and wind energy.

Cairo plans to accelerate the deployment of these solutions over the next three years. For the record, hydrogen is produced by electrolysis from seawater, using an electric current to separate the hydrogen from the oxygen in the water. If this electricity is obtained from renewable sources, it will produce energy without emitting carbon dioxide into the atmosphere. This type of fuel (green hydrogen) will be widely used in industries that emit large amounts of carbon, including steel, shipping and chemical production, aircraft, cargo trucks and other heavy industries.

EGYPT: Total Eren joins forces with Enara for green hydrogen in the Gulf of Suez