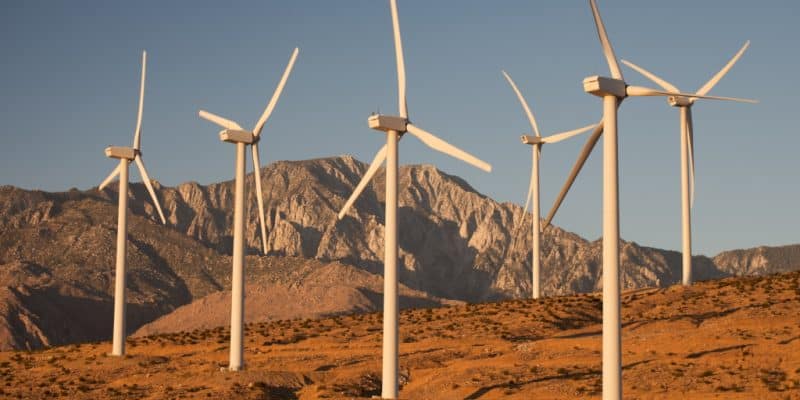 Saudi Arabian independent power producer (IPP) Acwa Power is continuing the development of its 1.1 GW wind project in Gabal el Zeit, in the Gulf of Suez. Its capital is now open to several investors with a view to commissioning the wind farm in 2026.

In order to accelerate the development of its wind power project in the Gulf of Suez, the Saudi company Acwa Power is mobilising several investors. This is notably the case of the Sovereign Fund of Egypt (TSFE), which will hold a 10% stake. In recent months, the fund has increased its investments in the energy sector in Egypt tenfold, in order to contribute in particular to the development of the nascent green hydrogen industry in Egypt.

The TFSE is involved in the development of most of the hydrogen and green ammonia projects announced in the Suez Canal Economic Zone. According to Karim Badr, Managing Director of TFSE’s Infrastructure & Utilities division, the investment in the 1.1 GW wind farm, “is another significant manifestation of our strategy to invest in renewable energy generation in order to decarbonise Egypt’s energy sector and capitalise on the country’s green energy sources. It demonstrates our commitment to move from promises to implementation in collaboration with private sector pioneers.

Acwa Power is opening the capital of its mega project to another Egyptian entity. Hassan Allam Holdings, an engineering, construction and infrastructure company, has a 25% stake in the project. The company, headed by Kamal Allam, is one of Egypt’s leading companies in several sectors, including energy, irrigation and sanitation.

The Oman Investment Authority (OIA) will also invest in the Acwa Power project. The framework agreement for a 10% stake was signed a few days ago on the sidelines of the 27th United Nations Conference of the Parties on Climate Change (COP27).

The 1,100 MW wind farm will be built in the locality of Gabal el Zeit in the Gulf of Suez. According to Acwa Power, the facility will be commissioned in 2026 after an investment of $1.5 billion. According to Acwa Power, the wind farm will be powerful enough to power more than one million Egyptian homes through the Egyptian Electricity Transmission Company (EETC) grid. The facility is also expected to offset emissions of 2.4 million tonnes of CO2 equivalent per year.