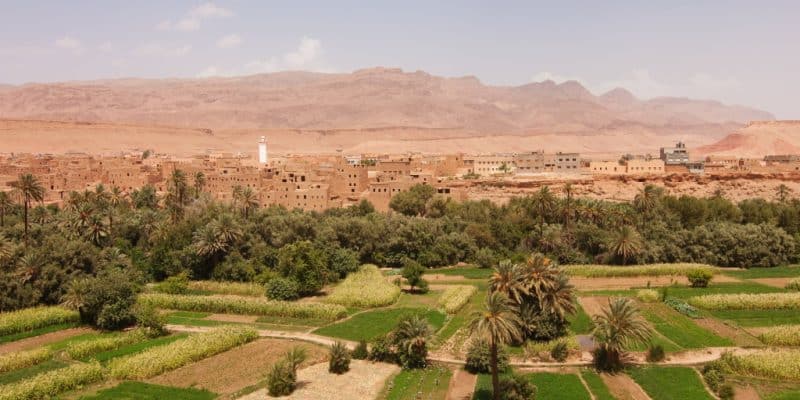 Several companies will work together in the construction of a water desalination system dedicated to the irrigation of agricultural land in the oasis of Mohgra, in northern Egypt. The project brings together Norwegian investor Empower New Energy, Swedish electricity storage company Azelio, energy provider Engazaat and French water desalination company Mascara.

Several companies are combining their efforts to supply irrigation water to farmers in the Mohgra oasis in northern Egypt. A few days ago, the renewable energy investment company Empower New Energy signed an agreement at the Norwegian Embassy in Cairo with Engazaat, an Egyptian solar energy provider. Under the agreement, Empower is financing Engazaat’s construction of a 2.2 MWp solar photovoltaic plant.

The facility, which will be capable of producing 4.4 GWh of clean electricity per year, will be connected to an electricity storage system provided by Azelio. In the Mohgra oasis, the Gothenburg, Sweden-based company will install an ES.POD® unit. This system stores renewable energy in recycled aluminum and provides electricity and heat on demand.

The storage system is expected to provide permanent availability of electricity. The solar power plant and storage facilities will provide energy for water desalination. The water treatment system will be installed by Mascara, a company based in Chartres, France.

“The project demonstrates the multilateral commitment to reduce poverty and hunger for more than 25,000 small farmers in one of the most water-sensitive regions in the world. They no longer need to go through the technical hurdles of financing, implementing, operating and maintaining sophisticated clean energy and water utilities; they will only pay for what they consume on a ‘buy now, pay later’ (BNPL) basis,” explains Muhammad El Demerdash, Engazaat’s president and CEO. According to him, the use of solar energy for desalination should offset the emissions of 1,600 tons of greenhouse gases (GEZ) into the environment per year.