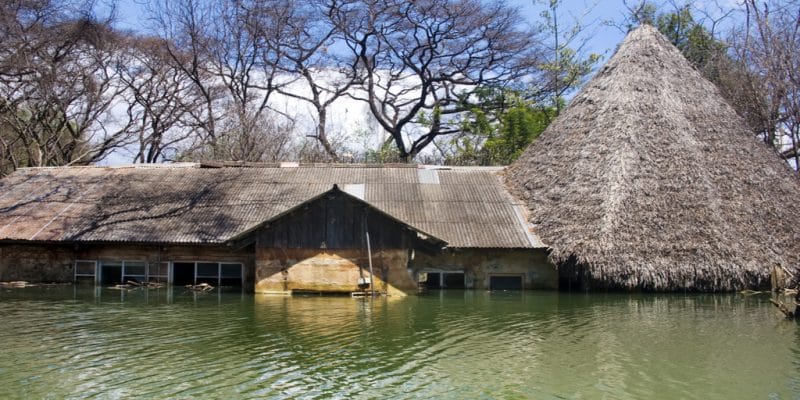 The health crisis caused by Covid-19 overshadows a natural disaster that has been ongoing since the beginning of 2020 in East Africa. Heavy rains on Lake Victoria have left many families homeless in Uganda, Kenya and Tanzania.

The long and trying dry season that hit East Africa a few months ago gave way to heavy rains that caused Lake Victoria to overflow. Covering an area of 68,100 km², this freshwater body of water, which supports 45 million people, has turned into a veritable monster that floods everything in its path: beaches, homes and plantations.

According to the Kisumu County Government in Kenya, more than 13,300 people have already been displaced by the floods. The same situation is also reported in towns and villages along Lake Victoria, such as Mwanza in Tanzania and Kampala in Uganda. Islands inhabited by fishermen and their families have also been flooded. According to the Kenyan authorities, of the 147 beaches on Lake Victoria, 135 have disappeared underwater.

All the Great Lakes are overflowing!

“People built all around Lake Victoria because the water level had dropped before. They encroached on the protection zone. Ideally, the lake is supposed to be surrounded by a 300-metre protection zone. Families have settled around it and the water is coming back to take its place,” says Callist Tindimugaya, the commissioner in charge of water resources planning and regulation at Uganda’s Ministry of Water and Environment.

According to the expert, this is because Lake Victoria is shallow. Its waters come mainly from the Kagera River, which flows through Uganda, Tanzania, Rwanda and Burundi. Some of the water in Lake Victoria comes from small rivers that flow through Kenya, Tanzania and Uganda. With reduced rainfall, Lake Victoria could take several weeks to return to its normal level.

The situation of the Owens Falls Dam

Lake Victoria flows directly into the reservoir of the Owens Falls Dam, which has a hydroelectric generating station capable of producing 180 MW. Currently, the dam overflows, as does the lake. And winds mixed with heavy rains bring the bulky floodwaters that impact the flood discharge. The only option chosen by Eskom Uganda, the dam operator, is to open the gates to facilitate the evacuation of the water. “We allowed 2,000 cubic metres of water per second to be released per second compared to the previous 1,000 in February so that the water level would not cause problems at the dam,” explains Callist Tindimugaya. We have a number of floating islands that have moved because of the rising water level. The water coming in at high speed from rivers like the Kagera makes the land float and the wind pushes it towards the only outlet that the dam (spillway) represents.

Water released from the gates of the hydroelectric plant, however, floods people downstream. The Ugandan government has found this particularly complicated to manage, advising people living around the dam to flee to the town of Jinja, 95 km from Kampala, the Ugandan capital.