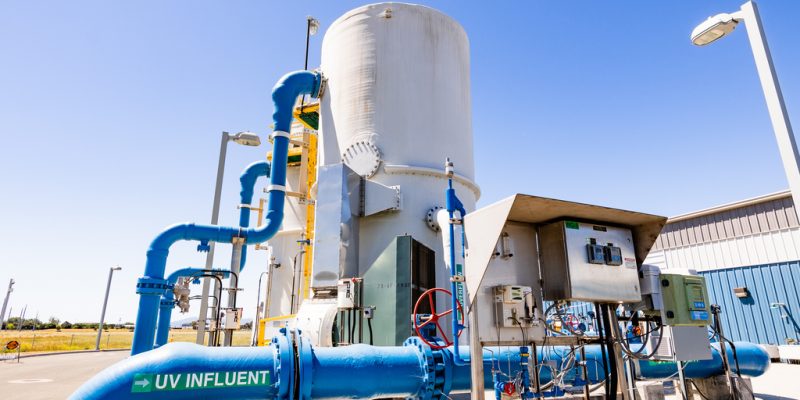 The government of Côte d'Ivoire has put in place an emergency measure to alleviate drinking water shortages in Côte d'Ivoire. It entails the installation of degremont®compact units (UCD), also known as prefabricated water purification units in several towns in the country. The compact units prefabricated by the French group Suez and installed by the Ivorian company Franzetti. The works started on June 25, 2020 in Dabakala, in the Hambol region.

The more than 66,000 inhabitants of the town of Dabakala in the Bandama Valley district of Côte d’Ivoire will soon have a better drinking water supply. The government initiated the installation of degremont compact units (UCD), also known as prefabricated drinking water production units, in the city in June 25, 2020. Designed by the French group Suez and installed by the Ivorian company Franzetti, the compact units have a capacity of 100 m3/hour. According to the Minister of Hydraulics of Côte d’Ivoire, Laurent Tchagba, the drinking water treatment units are a “temporary” technical solution. They will help solve the problem of “severe” and “chronic” shortage of drinking water, which several localities in the country are facing, pending the implementation of a “definite” solution by the government.

According to the Minister of Hydraulics, 40 water treatment units will be installed in 32 towns in the country. The project is being implemented in several phases. The first phase, which ran from June 25 to 27, 2020, was intended to supply the Dabakala, Katiola, Niakara, Boundiali and Tengrela towns. “The installation of the Katiola UCD, for example, will increase the production of drinking water in Dabakala from 660 m3/day, to 2,660 m3/day. This will already make it possible to considerably improve the drinking water supply,” says Laurent Tchagba, the Minister of Hydraulics.

All the work to install the water treatment plants in the country should be completed by the end of September 2020. They will cost 394 million CFA francs, the equivalent of 600,649 euros.

The project to install prefabricated drinking water production units in Côte d’Ivoire is part of the “water for all” programme launcheded by the government since 2017. “The objective of this programme, the cost of which is estimated at 1,320 billion CFA francs (more than 2 billion euros), is to enable the entire population to have drinking water by 2030,” Laurent Tchagba said.

Some benefits of the “water for all” programme

The “water for all” programme in Côte d’Ivoire has already led to the implementation of several projects. These include the construction of a drinking water plant in Tiassalé, 123 km north of Abidjan. The plant was recently inaugurated. Financed by the World Bank to the tune of more than 4.5 billion CFA francs (about 7 million euros), the new plant will boost the drinking water supply to three of the country’s towns (N’Douci, N’Zianouan and Tiassalé).

Also as part of the “water for all” programme, the government recently launched a project to improve the drinking water supply in Bouaké, in central Côte d’Ivoire. The construction of the new facilities will cost 169.2 billion CFA francs (about €258 million). The works will be delivered within 18 months.