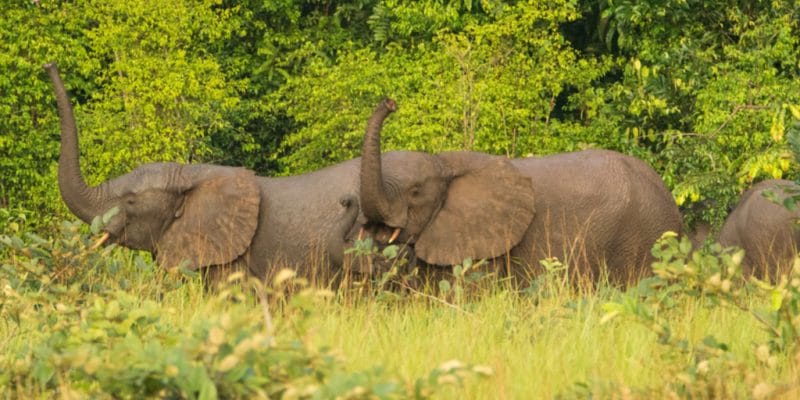 The authorities of the Republic of Congo have chosen the non-governmental organisation (NGO) Noé for the management of the Conkouati-Douli National Park. Located in south-western Congo, this natural area is very rich in biodiversity.

Noé holds a new delegation for the management of a biodiversity reserve in Africa. The park is the Conkouati-Douli National Park in Congo. The authorities of this Central African country have chosen the French non-governmental organisation (NGO) for the conservation of the biodiversity of this natural space located in south-western Congo.

An important biodiversity reserve to be preserved…

The Conkouati-Douli National Park is one of the largest biodiversity reserves in Congo, with an area of 504,950 km². It straddles the districts of Nzambi and Madingo-Kayes, in the extreme northwest of the department of Kouilou. The park is also close to the villages of Cotovindou and Louléma, along the border between Congo and Gabon.

The natural area is watered by three rivers, namely Noumbi, Ngongo and Niambi. It has a very dense flora, typical of equatorial vegetation. Its lush forests provide a living environment for more than 8,000 chimpanzees and 2,000 western lowland gorillas. The Conkouati-Douli National Park is also home to more than 1,000 forest elephants. These pachyderms coexist with many species of migratory birds that come to squat in the numerous wetlands of the park. 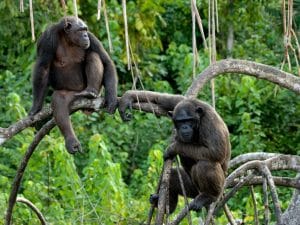 “The large lagoon of Conkouati and its mouth lined with mangroves, is also home to hippos and manatees and is at the same time a real spawning ground for many fish and marine species such as rays and sharks from the Gulf of Guinea. The large beaches of the park are part of the second most important site in the world (after Guyana) for the egg-laying of leatherback turtles, an imposing prehistoric reptile weighing up to 900 kg,” explains Noé.

According to Noé, the Conkouati-Douli National Park also plays a social and economic role in Congo. Its maritime area of more than 1,200 km² allows for the “renewal of fish stocks for the country and which could allow the development of an artisanal fishing industry providing jobs and economic income for local communities”.

The situation inland is very different. Inhabitants of the Mpélla, Sia-Louvakou and Tchibota villages (located around the park) regularly complain about elephants roaming around their cassava plantations. The park faces much greater threats such as logging, mining, oil exploitation and commercial fishing by Chinese trawlers. Common to other African national parks, the problem of poaching is also common in Conkouati-Douli, where roads bordering and crossing the reserve facilitate the movement of poachers. Noé is now responsible for finding solutions to all these evils.