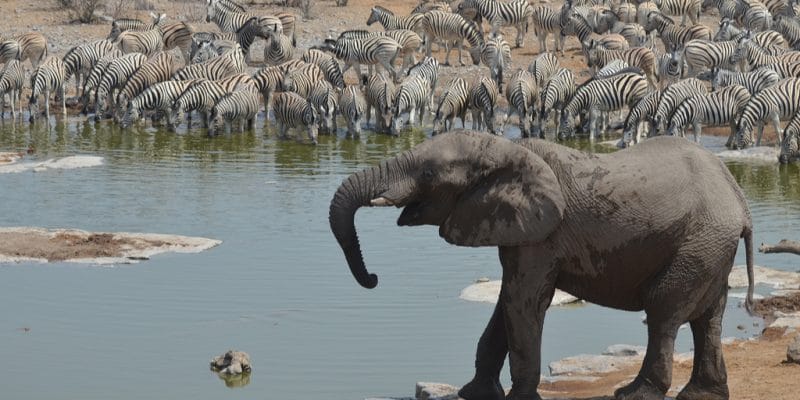 The Chadian authorities have recently chosen the Noé association to manage the Binder-Léré wildlife reserve in the west of the country. One of the objectives of this delegation is to combat poaching, the main problem affecting the natural area.

Elephants in Binder-Léré Wildlife Area may have a few more days to live. A convention has been signed by Abdelkerim Haggar Sidick, Chadian Minister of Environment, Water and Fisheries, and Romain Beville, Chargé de mission of the Noé parks, a French association that works to protect biodiversity around the world.

Both parties undertake to work on the management of this reserve located in the West Mayo-Kebbi region, on the border with Cameroon.

Is a reserve management delegation a necessity?

According to the Noé association, the Chadian authorities opted for it because of its experience in the field, in particular with “the cross-border project with Niger, which benefits from a partnership agreement with APN (African Parks Networks)”. However, before signing the agreement between the Chadian Ministry of the Environment, Water and Fisheries and the Noé association, several prospecting missions were carried out in the Binder-Léré wildlife reserve.

Biodiversity thrives in this natural space thanks to the Mayo-Kébbi River that flows from east to west and the Gauthiot Falls. Yet the biodiversity of the site is currently threatened by poaching, a phenomenon that affects elephants in particular. These large mammals are slaughtered for their ivory tusks, highly sought-after in the smuggling market.

The reserve has recently made the headlines in Chad, to its detriment. Between January 18 and 30, 2018, a total of 19 elephant carcasses were found in Binder-Léré wildlife area, whereas the natural area has less than 120 elephants. According to the Chadian authorities, perpetrators of such crimes, locally known as “cavaliers”, came from Sudan. The heavily armed men reportedly passed through northeastern Central African Republic (CAR), controlling elephant migration corridors in the vast savannah ecosystem.

Is there any hope?

The massacre of Central African elephants is not new. It is a growing phenomenon in the various national parks and reserves of the region. In Zakouma National Park in eastern Chad, elephants have come close to extinction. Rhinos, whose populations were smaller than those of elephants, did not survive poaching, the aim of which was to capture their horns.

The elephant population in this park is in the process of increasing with the delegation of its management to APN. The association’s efforts to reintroduce black rhinos from South Africa have failed. The delegation of park management has, after all, enabled the regeneration of a significant part of the biodiversity of Zakouma National Park and tourists are taking to Chad again. It is expected that this management model will inspire neighbouring countries such as Cameroon with Waza National Park and Bouba Ndjida Reserve, located near the Chadian border and also affected by poaching.