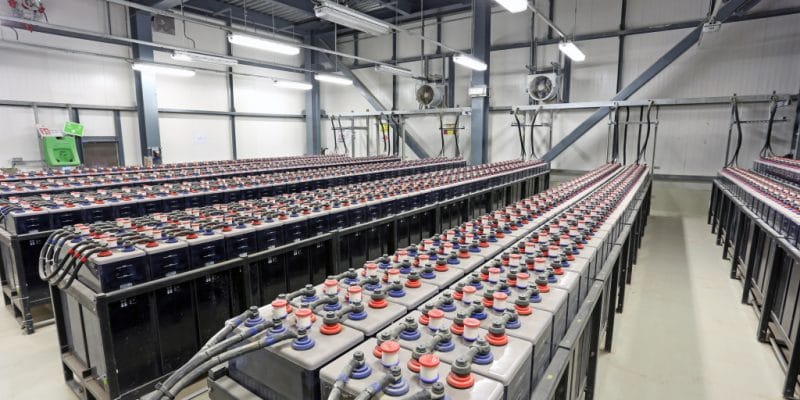 In Burkina Faso, the government intends to accelerate the deployment of battery-based electricity storage systems in the coming years. Ouagadougou will rely on public-private partnerships (PPP). This approach is already supported by several development partners.

The Burkinabe government is developing a roadmap to guide it in diversifying its electricity mix. This strategy is being developed with the Société nationale d’électricité du Burkina Faso (Sonabel). The West African country will rely more on clean energy to increase its installed capacity and accelerate its electrification. In recent months, Burkina Faso has received several financing packages, notably from private investors and international donors, for the production of solar energy.

Like wind power, solar energy is intermittent and only feeds the grid during the day. To solve this problem, Burkina Faso wants to direct some of the funding to battery-based electricity storage systems that will meet demand after sunset. To deploy these solutions, the government will rely on the private sector, which is already behind many solar projects in the country.

According to the Burkina Faso government’s roadmap, by deploying 60-70 MW (160-220 MWh) of independent battery electricity storage solutions (i-BESS), the energy sector could potentially save between 800 million and 1.8 billion CFA francs (€1.2 million to €2.7 million) per year, while reducing CO2 emissions. Burkina Faso is unveiling its ambitions at a time when the market for electricity storage is set to grow worldwide with renewed investor interest in renewable energy.

According to the International Renewable Energy Agency (IRENA), the deployment of electricity storage in emerging markets is expected to increase by more than 40 percent per year between 2020 and 2025. The Burkinabe government’s plan was developed with the support of the International Finance Corporation (IFC). The World Bank Group’s private sector financing arm plans to continue supporting the implementation of this roadmap through the Conflict Affected States in Africa (CASA) initiative.

This program, launched in 2009, supports countries devastated by conflict by providing financing to rebuild their private sectors to create jobs and economic opportunities. Burkina Faso is among the Sahel countries most affected by insecurity caused by terrorist movements. The CASA initiative is supported by Ireland, the Netherlands, Norway and Sweden. In addition to the IFC, the strategy to deploy electricity storage systems in Burkina Faso is already supported by the governments of Denmark and Japan.