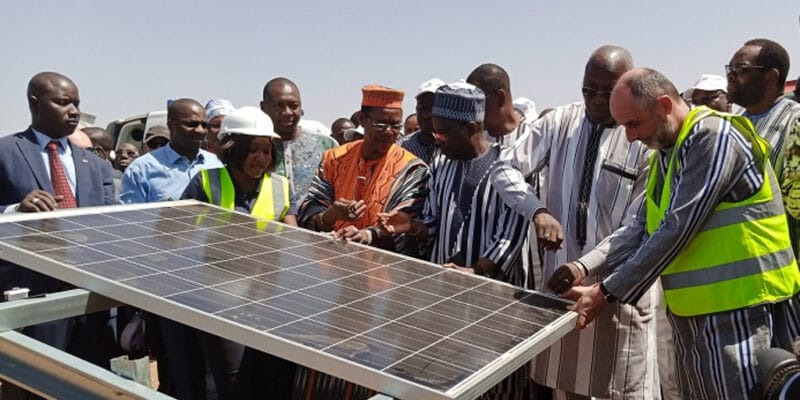 The Emerging Africa Infrastructure Fund (EAIF), a member of the Private Infrastructure Development Group (PIDG), is approving a €29 million loan for the construction of the 30 MWp Pâ solar PV plant. The project is being developed by the independent power producer (IPP) Urbasolar, a subsidiary of the Swiss Axpo Group.

Urbasolar is nearing financial close for its Pâ solar power plant in Burkina Faso. The Montpellier (France) based company has secured a €29 million loan from the Emerging Africa Infrastructure Fund (EAIF), a member of the Private Infrastructure Development Group (PIDG), for the implementation of its project.

The EAIF becomes the sole financial partner of the Pâ solar project, which will require an overall investment of €35.4 million. The remaining funds are being provided by Urbasolar. EAIF expects to release the funds in the second quarter of 2021. “We are pleased to be able to work alongside the government and SONABEL (Société nationale d’électricité du Burkina Faso) to achieve the goal of generating 200 MW of energy via solar power plants by 2021, a strategy set out by Dr Bachir Ismael Ouédraogo, Burkina Faso’s Minister of Energy, Mines and Quarries,” says Arnaud Mine, president of Urbasolar.

A 30 MWp plant connected to the grid

Urbasolar is implementing the Pâ solar project in partnership with the local company Projet Production Solaire (PPS), which will hold a minority stake in the future operating vehicle of the plant. The two partners won the concession through a tender process with the state-owned company SONABEL. The power plant, for which work was officially launched in February 2020, will be located near the town of Pâ, 250 km southeast of the capital Ouagadougou.

The facility, which will have a capacity of 30 MWp, will be built on a 35-hectare plot of land. The project developer has already signed a power purchase agreement (PPA) with SONABEL. Urbasolar has agreed to sell the kWh of electricity at 48 CFA francs (0.073 euro), which is half the price of electricity produced from thermal power plants (130 CFA francs, 0.19 euro).

The Pâ solar power plant will provide 155 GWh of electricity per year, enough to supply 150,000 people in Burkina Faso. According to Urbasolar, the implementation of the project will be accompanied by numerous social and environmental measures, including training in photovoltaic techniques for 200 young people in the Mouhoun loop region, study grants, a microfinance programme for local women, and support for the health system.