BENIN: SGDS-GN equips itself with 80 trucks to improve waste collection 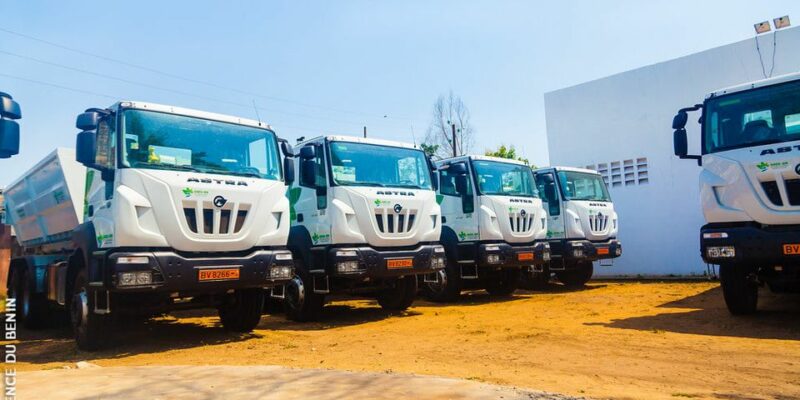 In Benin, the government has just equipped the Société de gestion des déchets solides et de la salubrité du grand Nokoué (SGDS-GN) with 20 trucks to improve the collection and transport of solid waste in the grand Nokoué. The Astra brand heavy vehicles are the first in a series of 80 trucks that will be available to SGDS-GN at a total cost of 7 billion CFA francs (about 10.7 million euros).

“To offer the inhabitants of Greater Nokoué an efficient waste management and urban sanitation system”. This is the commitment made by the Beninese government which has just equipped the Société de gestion des déchets solides et de la salubrité du grand Nokoué (SGDS-GN) with new vehicles. The 20 Astra trucks are intended for the collection and transport of solid waste.

“With these new vehicles, the SGDS-GN will ensure the collection of solid waste from Greater Nokoué at 100%, compared to 87% at present. The company will also reduce the delay in the removal of the boxes installed in the neighbourhoods”, says José Tonato, Benin’s Minister of Living Conditions and Sustainable Development. On February 16th, 2021, SGDS-GN also received 120 additional caissons for waste collection. 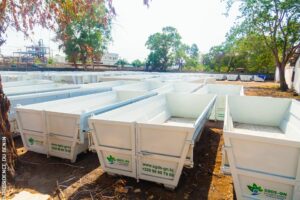 According to the Beninese authorities, SGDS-GN will receive 60 additional trucks over the next two months, 30 Amplirolls trucks (with hook lifting systems) that are already at the Autonomous Port of Cotonou and 30 Refuse Collection Vehicles (RCDs). “The objective is to collect and transport 400,000 tonnes of solid waste each year in the Greater Nokoué area. The Italian company Iveco, whose subsidiary Astra provided us with the first 20 trucks, will maintain the vehicles for a year. We will then sign a contract with Iveco, which will accompany SGDS-GN”, says Minister José Tonato.

This financing enabled 69 small and medium-sized enterprises (SMEs) to be equipped with 550 tricycles. Thanks to the new three-wheeled machines, these SMEs specialising in waste management should reduce their collection time.