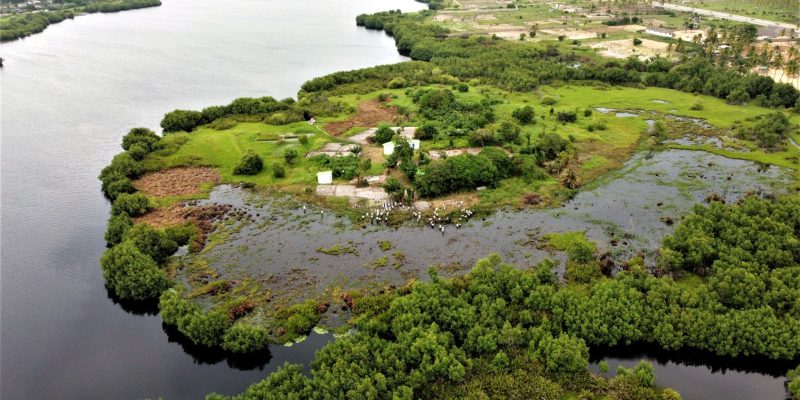 In Benin, the subsidiary of the French group Bolloré Transport & Logistics has just planted 3,000 trees in the locality of Togbin-Adounko located 27 km from the capital Porto-Novo. The initiative, which is part of its CSR (Corporate Social Responsibility) approach, will contribute to the fight against deforestation in this West African country.

According to the World Bank, Benin’s forest cover fell from 8.12 million hectares in 2007 to 7.9 million in 2016, a loss of about 215,000 hectares. To reverse this trend, the Beninese subsidiary of the French group Bolloré Transport & Logistics has planted 3,000 trees in the Togbin-Adounko locality near the city of Cotonou where its facilities are located.

These mangrove seedlings will contribute to the reforestation of one hectare of swampy land in this area, which is home to a dense mangrove forest. The operation supervised by Boris-Arnaud Agonkpo, the Chief Warrant Officer of Water and Forests of the municipality of Abomey-Calavi, has mobilized several non-governmental organizations (NGOs) such as the Association of Youth for the Conservation and Development of the Environment (AJCVE) and the Community Area of Biodiversity Conservation (ACCB).

“It will help reduce the deficit of 69 hectares of mangrove forest nationwide. This action will also promote the regeneration of the mangrove ecosystem and the safeguarding of certain animal species in danger of extinction. Ultimately, it will allow the mangrove to fully play its role as a natural air purification plant and to fight against greenhouse gases,” says Bolloré Transport & Logistics.

According to Bernadette Dossou, president of the Organization of Women for the Management of Energy, the Environment and the Promotion of Integrated Development (OFEDI), “about 100,000 hectares of forest are destroyed every year in Benin because of bush fires, clearing for agriculture, cutting trees for timber, service or cooking purposes, or for making charcoal.

In this context, the government of Benin launched the Forest Management and Preservation Project in 2018 to promote sustainable restoration of vegetation cover to meet the climate challenge by 2023. The World Bank-funded initiative aims to plant 15,000 hectares of acacia trees in 11 forest reserves covering 917,951 hectares, or 63% of the total area of the 46 classified forests that Benin has, by 2023.