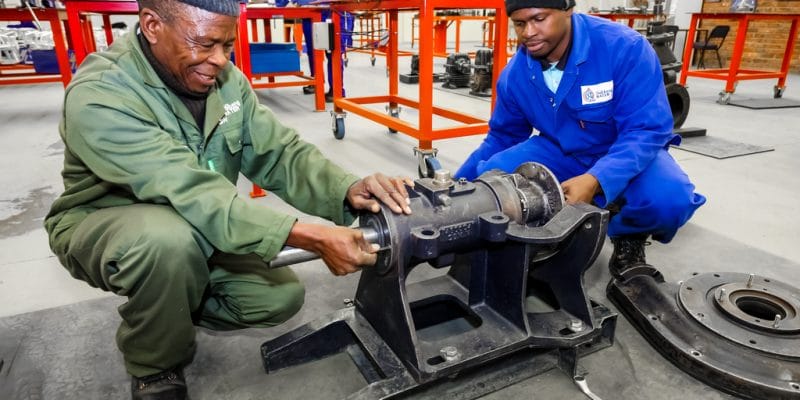 An agreement was recently signed between the Angolan Government and Voith Hydro, a German company specialising in the construction of dams and the equipment of hydroelectric power stations. The company will build a hydropower training centre in Angola.

On the sidelines of German Chancellor Angela Merkel’s mini African tour, Voith Hydro has strengthened its ties with Angola. In this Central African country, the German company wants to set up a training centre for the exploitation of hydraulic energy. An agreement for the implementation of this academic project was signed between João Baptista Borges, the Angolan Minister of Energy and Water, and the CEO of Voith Hydro Toralf Haag.

The location of the Academy and the training centre of the German company has not yet been determined. The company, which employs more than 40,000 people, will work with the Angolan Ministry of Energy and Water to select the site of the campus for the theoretical courses. The facility is intended to provide, “basic and advanced training in Angola for skilled workers in technical and commercial occupations related to the hydropower industry”.

The trades taught at the Voith Hydro training school will be practised through internships. In order to equip future professionals and prepare them for the implementation of hydropower projects throughout Angola, Voith Hydro plans to build a small hydropower plant in Cuemba, in the centre of the country. Setting up the training structure will cost several million euros.

According to Voith Hydro, Africa has enormous technically feasible hydropower potential, estimated at over 470 GW for the entire continent. While the current installed capacity in Africa is only about 36 GW, this means that the continent has the largest untapped hydropower potential in the world. For this reason, several countries are accelerating the construction of new power plants to generate energy from dams. In remote areas, the focus is on small hydropower plants that help facilitate the rapid development of decentralised power grids. Trained professionals can then work in local companies capable of developing small-scale hydropower projects.

The training project launched by Voith in Angola further strengthens its presence in Africa, where the company is developing large hydropower projects. Its latest contract is the modernisation of the Gilgel Gibe II hydroelectric power plant located 250 km southwest of Addis Ababa, the capital of Ethiopia. The plant has a capacity of 420 MW.