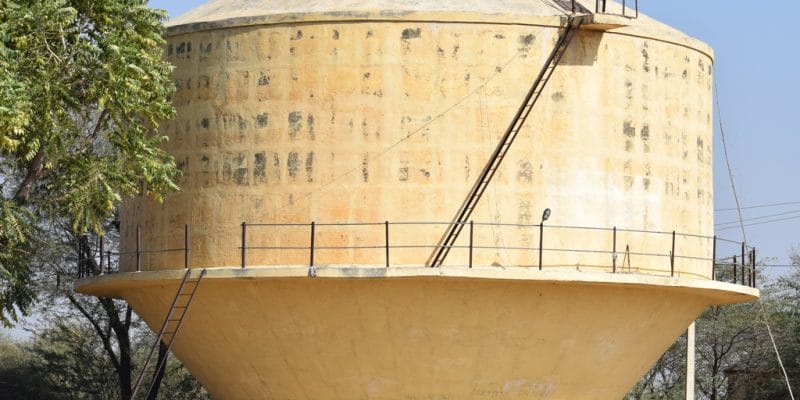 The Directorate of Water Resources and Water Security of the wilaya of Aïn Témouchent (north-western Algeria) unveils a project to build 17 water tanks. According to officials of this direction, 11 of the 17 tanks have recently been put into service.

While Algeria is facing a drastic decrease in its water resources due to drought, the urgency is now to rationalize the available reserves. In the wilaya of Ain Témouchent, located in northwest Algeria, local authorities are investing in the construction of facilities for the storage of fresh water.

According to Sebaâ Ahmed, head of the department of drinking water supply at the Directorate of Water Resources and Water Security of the wilaya of Ain Témouchent, 11 water tanks with a total capacity of 6750 m3 have recently been commissioned in several municipalities, including Boumediene (1000 m3), El-Amria (500 m3), Ain Témouchent (1000 m3). This council and capital of the eponymous wilaya has also benefited from a pumping station. The town of Aoubellil also has a reservoir of 250 m3. It is the same for the beach of Sidi Djelloul which has a storage capacity of 500 m3.

Once the water resources have been stored, distribution is easier and more equitable for the population. The beneficiaries are also made aware of the rational use of this fresh water. The Directorate of Water Resources and Water Security of Aïn Témouchent indicates that six other tanks will soon be commissioned, bringing the number of new storage facilities to 17. An investment of 500 million dinars (about 3.2 million euros) has been allocated to the realization of this water project.

The 17 tanks will be able to store 11 250 m3 of water. This will supply thousands of people in the wilaya. Like Aïn Témouchent, several wilayas are facing water stress in Algeria. According to the 2015 report of the World Resources Institute (WRI), the North African country could face serious water shortages by 2040. The phenomenon is accentuated by climate change.