Homepage » AFRICITIES 2022: what concrete commitments for the future of intermediate cities? 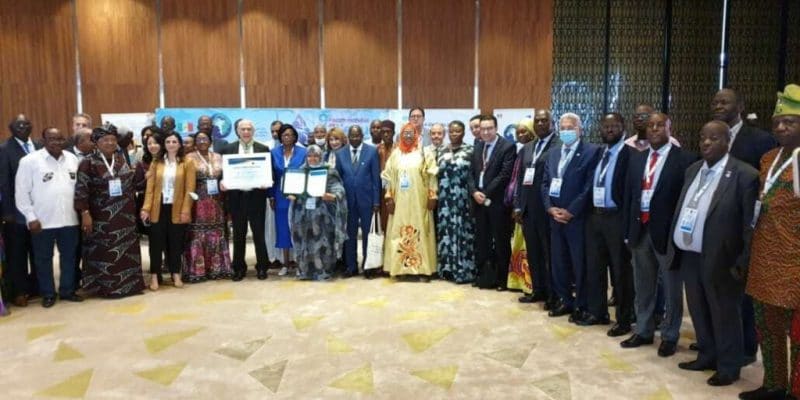 Among the commitments made at the Africities summit held from 17 to 21 May 2022 in the Kenyan city of Kisumu, the leaders of local authorities and economic players agreed to promote green mobility, create green jobs, adopt circularity for better management of plastic waste and renovate urban housing. These are all issues at the heart of the development of intermediate cities in Africa.

While intermediate cities are synonymous with economic opportunities, most of them are congested due to the population explosion and the lack of economic reforms. This was one of the findings of the 9th edition of the Africities Summit held from 17 to 21 May 2022 in Kisumu, Kenya, under the theme “The role of Africa’s intermediate cities in the implementation of the United Nations (UN) 2030 Agenda and the African Union (AU) 2063 Agenda”.

To this end, the promotion of green mobility, the creation of green jobs, the adoption of circularity for better management of plastic waste and the renovation of urban housing, held the attention of 8,300 participants, 3,000 local elected officials and mayors, and some twenty ministers from 52 countries on the African continent who took part in this triennial meeting. All of them opted for the development of intermediate cities, these territories with a population of between 50,000 and one million inhabitants and which are home to 20% of the world’s population.

Perspectives for the development of intermediate cities

“City authorities must step up their efforts to tackle pollution, crime and overcrowding in order to attract additional investment and talent. We need to embrace the use of clean energy in our fast-growing cities, while intensifying the conservation of urban green spaces to build community resilience,” says Eugene Wamalwa, Acting Cabinet Secretary in Kenya’s Ministry of Devolution.

At a time when the World Bank predicts that Africa will be populated by nearly 2,5 billion people by 2050, the new officers of United Cities and Local Governments of Africa (UCLG Africa), elected at the 9th Africities Summit in Kisumu, will meet in Poland for the 11th UN-Habitat World Urban Forum, which will take place from 26 to 30 June 2022 in Katowice. There, they will also develop strategies to make local and regional authorities vectors of sustainable development.

Sustainability in the new UCLG Bureau

The Mauritanian Fatimetou Abdel Malick, who represents the region of Nouakchott, has been elected president of UCLG Africa until 2025. She replaces Christine Mba Ndutume, the mayor of Libreville in Gabon. Fatimetou Abdel Malick will work with Peter Anyang, who heads Kisumu County in Kenya, Jeffrey Sibisibi of the Botswana Local Government Association (BALA) and Malick Lowe of The Gambia, the president of the Network of Women Elected Representatives of Africa (REFELA). In total, the renewed bureau of the body is made up of 70 members, including 5 vice-presidents, 15 members of the executive committee, 5 members of the financial management committee and 45 members of the pan-African council, most of whom are women.

Read also-AFRICITIES: Intermediate cities to be the focus of the Summit in Kenya in May 2022

The new team will continue the implementation of Sustainable Development Goal 5 (SDG 5) on women’s empowerment in intermediate cities. “Agriculture contributes 20% of gross domestic product (GDP) and is heavily dependent on women for labour, trade and processing. When women know they own the land, they can make decisions that have a long-term impact on it,” says Joan Kagwanja, the head of the land policy initiative at the United Nations Economic Commission for Africa (UNECA).