Homepage » AFRICA: The 21st Congress of the African Water Association opens on 20 February 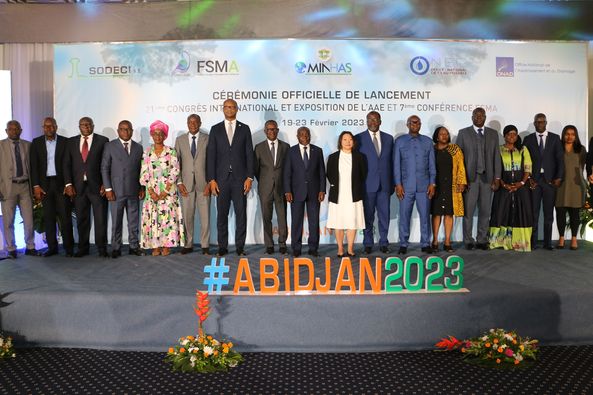 From 20 to 24 February 2023, the city of Abidjan in Côte d'Ivoire will host two meetings on water and sanitation. These are the 21st International Congress and Exhibition of the African Water Association (AfWA) and the 7th International Conference on Faecal Sludge Management (FSM7).

The 21st International Congress and Exhibition of the African Water Association (AfWA) and the International Conference on Faecal Sludge Management (FSM7) are being held in Abidjan, the economic capital of Ivory Coast, from 20 to 24 February 2023. The discussions will focus on access to water and sanitation in Africa. According to the United Nations Children’s Fund (UNICEF), “in 2022, 418 million of the continent’s 1.3 billion people will still not have access to even basic drinking water, and 779 million people will not have access to basic sanitation (including 208 million who still practise open defecation). Poorly managed sewage sludge is responsible for water-borne diseases in Africa, such as cholera, which is rampant in several countries, including Cameroon, where 12,000 cases were recorded in one year, according to health authorities.

On 29 September 2022, the two events were officially launched by the Ivorian Minister of Water, Sanitation and Hygiene, Bouaké Fofana, with the theme “Acting for a sustainable management of resources and access for all to water and sanitation in Africa”.

Thus, international organisations, experts in the water and sanitation sector in Africa, political decision-makers and development partners will be invited to put forward proposals to take up the current challenges linked to these sectors, notably pollution, water stress and the over-exploitation of groundwater resources. The 3,000 expected delegates will be joined by hundreds of exhibitors who will take part in dozens of concurrent sessions per day.

In line with the United Nations (UN) 2030 Agenda, several African countries have committed to achieving Sustainable Development Goal 6 (SDG 6) which aims to ensure universal access to water, sanitation and sustainable management of water resources. Ivory Coast, which is hosting the 21st International Congress and Exhibition of the AfWA and the WSF7, is already well on its way to achieving this ambition, with a rate of access to drinking water of more than 80% in urban areas and more than 70% in rural areas according to the Ivorian authorities.