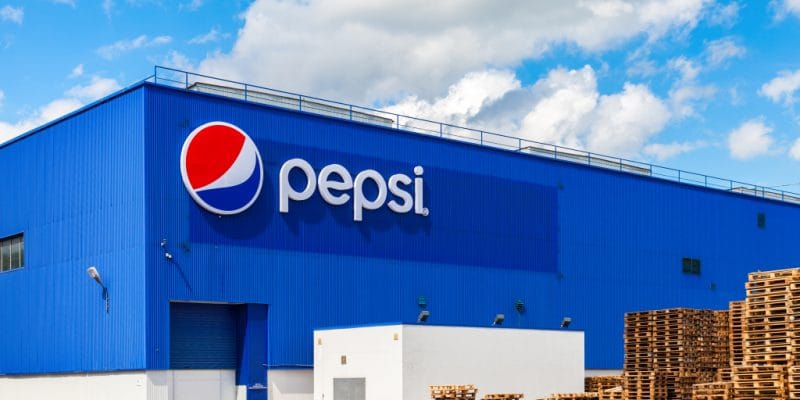 The American soft drink and food giant PepsiCo has announced an ambitious plan to reduce its water consumption worldwide. The group that produces the famous "Pepsi" brand of drink also wants to do its bit for access to drinking water in Africa, through its foundation.

To become “Net Water Positive” by 2030. This is PepsiCo’s ambition for the current decade. The American soft drinks giant wants to implement this ambitious strategy in all the countries where its factories are located around the world. The goal is to reduce “absolute” water use and return more than 100% of the water used at company-owned and partner-owned sites in high-risk water areas to the local watershed.

PepsiCo will implement its new strategy at 1,000 company-owned and third-party facilities, nearly half of which are located in high-risk watersheds. Among these is South Africa. The group, which employs more than 267,000 people worldwide, invested in Nelson Mandela’s country by acquiring Pioneer Foods. Until its takeover in 2019, the company manufactured food products and soft drinks, with a turnover of $1.2 million in 2015.

Cutting water consumption in half

Through Pioneer Foods, PepsiCo wants to use South Africa as a starting point for conquering sub-Saharan Africa, a market controlled by its historical competitor and compatriot Coca-Cola. But South Africa, where the group has been active for more than two years, is suffering from permanent water stress, which is increasing due to global warming. In eastern and southern Africa, this is reflected in the increase in droughts. And according to researcher Hlamulo Makelane of the Nelson Mandela Metropolitan University in Port Elizabeth, the situation is expected to get worse by 2025.

According to PepsiCo, its new water efficiency strategy will avoid using more than 11 million cubic metres of water per year, a 50% reduction in the amount of water the company uses at these sites. PepsiCo also aims to adopt the Alliance for Water Stewardship (AWS) standard in all high water risk areas where it operates by 2025.

Contributing to access to clean water south of the Sahara

“Time is running out for the world to act on water. Water is not only an essential part of our food system, it is also a basic human right, and the lack of clean water is one of the most pressing issues facing our global community today,” acknowledges Jim Andrew, PepsiCo’s chief sustainability officer. At the same time, the group led by Ramon Laguarta has signed an agreement with the non-governmental organisation (NGO) WaterAid, through the PepsiCo Foundation.

Read also- AFRICA: the five key players for a better water management on the continent

As part of an initial $58 billion investment plan, PepsiCo wants to support access to clean water in sub-Saharan Africa. According to the New York State-based company, the partnership with WaterAid will improve water infrastructure, build new water systems and equitable sanitation facilities, and promote hygiene education. It will also enable women and girls to become guardians of water, sanitation and hygiene in their communities by providing them with the funding and training to maintain water points and sanitation facilities for years to come.