Homepage » AFRICA: Five key players for better water management on the continent
This article is part of the dossier
WORLD WATER DAY 2021 : WATER AND SANITATION IN AFRICA 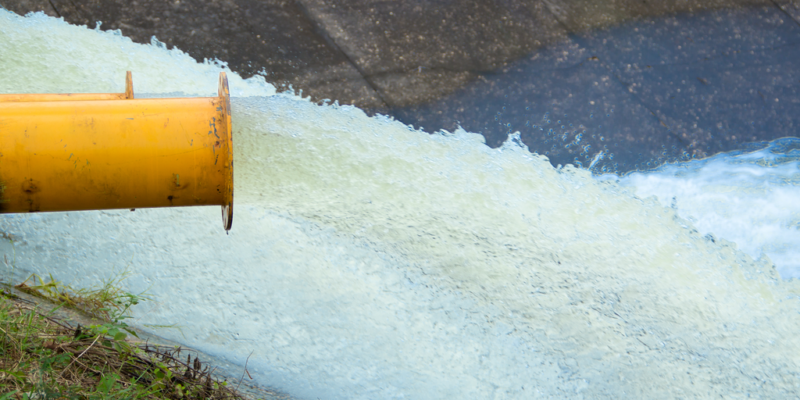 Africa has an abundance of water. But the presence of two major deserts, the Sahara and the Kalahari, in the northern and southern regions respectively, makes the continent the second driest place in the world. Many organisations are working to improve access to water across the continent. These include the African Water Association (AfWA), the Economic Community of West African States (ECOWAS), the Southern African Development Community (SADC), the Lake Victoria South Water Works Development Agency (LVSWWDA) and the Niger River Basin Agency (NRBA).

On the occasion of World Water Day, Afrik 21 identifies five organisations working to improve access to water in Africa. At the forefront of organisations,  the African Water Association (AfWA). Formerly called the African Union of Water Suppliers (AUWS), it became AfWA in 2003. Its headquarter is located in Ivory Coast, but it has the particularity of federating the organisations of many African countries, spread across the continent, responsible for the public service of production or distribution of drinking water and sanitation.

In Africa, this association intervenes both in the presentation of technological solutions and in capacity building of water and sanitation companies.

In Benin and Ivory Coast in particular, AfWA is working with two American institutions in the framework of the “Municipal Water, Sanitation and Hygiene Project in West Africa” (MuniWASH). In this project, AfWA provides its expertise on the capacity building of authorities and sector providers through the increase and sustainability of private sector investments in water and sanitation services. The MuniWASH project, launched in December 2020, benefits 16 municipalities, eight in each country.

AfWA is also active on African soil through congresses and other major international events in the water sector. The 20th edition of the International Congress and Exhibition (ICE), which it organised from 24 to 27 February 2020 in Kampala, Uganda, enabled African and foreign water stakeholders to reflect together on new ways to accelerate the supply of drinking water and sanitation for all in Africa, at a time when climate change is becoming persistent.

At the end of the four days of presentations and discussions, key recommendations were synthesised by eleven “innovators”, partners of the AfriAlliance project. Public services are now invited to form innovation partnerships. Online knowledge-sharing platforms should be encouraged to facilitate the dissemination of the latest water and climate change risk management tools. In addition, utilities and non-governmental organisations (NGOs) are encouraged to use the African Climate Change Fund (ACCF) as an attractive source of funding for innovators. Finally, organisations need to consistently collect data that will help fill gaps and support water management decisions.

The other key event at which AfWA is representing Africa’s interests is the World Water Forum. The Association will have the honour of producing a white paper to be submitted to the organising committee, the World Water Council, at this usually triennial event, which will finally be held from 21 to 27 March 2022 in Dakar, Senegal, under the theme “Valuing Water”.

Like the AfWA, the Economic Community of West African States (ECOWAS), created in 1975, is involved in the water sector on the continent, notably through its financial arm, the Bank for Investment and Development (EBID).

In October 2020, the ECOWAS financial institution granted a loan of 7.8 million euros to the government of Burkina Faso for the construction of 27 drinking water supply systems in the Boucle du Mouhoun and Hauts-Bassins regions. The water supply systems will provide water to nearly 100 000 people in the two regions concerned. EBID is also one of the partners supporting Ivory Coast in the implementation of the “Water for All” programme, launched in 2017. 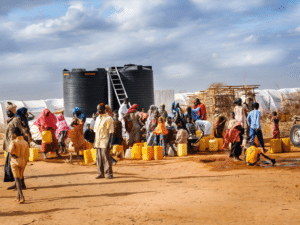 Reservoirs to supply the population©hikrcn/Shutterstock

With climate change causing drought in some parts of Africa, the need for water supply has also increased in the agricultural sector, hence the emergence of some initiatives. Ecowas is involved, for example, in the Regional Support Project for the Sahel Irrigation Initiative (Pariis), launched in November 2018. Pariis aims to improve the capacity of stakeholders to develop and manage irrigation, as well as to increase the area under irrigation by following a regional solution-based approach for the five types of irrigation systems identified by the Dakar Declaration. 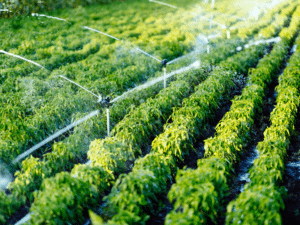 In Southern Africa, the Southern African Development Community (SADC), created in 1992, is also multiplying initiatives to meet the challenge of water resources management. Water stress is reaching unprecedented proportions in some countries in the sub-region.

SADC is implementing the five-year Resilient Waters Programme for the management of transboundary water resources in Southern Africa. It aims to build resilience and harmonise water resource management for communities that depend on these different river basins. The programme, which will be launched in 2019, will also improve access to clean water in a sub-region where several countries have to share a river basin. This is the case in the Limpopo River Basin, located further south on the African continent.

Improving water supply in Africa will also require the development of the Niger River Basin, which originates in West Africa before flowing into the Atlantic Ocean at the level of Nigeria, i.e. on the edge of Central Africa. The Niger Basin Authority (NBA), created in 1980, works towards this goal. On a daily basis, the NBA ensures the safeguarding of the Niger River as a vital entity of the country, the protection of its banks and watersheds against erosion and silting, as well as the preservation of its terrestrial and aquatic ecosystems through several projects. For example, NBA coordinates the Integrated Programme for Development and Adaptation to Climate Change in the Niger Basin (PIDACC/BN). Launched on February 4th, 2020 in Bamako, the capital of Mali, the programme will benefit more than one million people in Chad. The central African country is part of the Benue River basin, the main tributary of the Niger River. 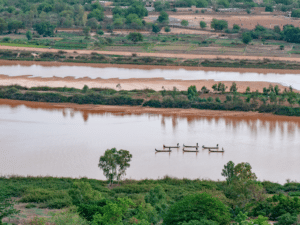 The programme will also take place in all NBA countries (Benin, Burkina Faso, Cameroon, Chad, Ivory Coast, Guinea, Mali, Niger and Nigeria). On the water side, NBA will rehabilitate and build 124 water reservoirs for plantation irrigation. As the Niger Basin is a major area for the breeding of ruminants (cattle, goats and sheep), the PIDACC/BN will also allow the rehabilitation and construction of 105 water reservoirs for livestock.

East Africa is not left behind in the march towards access to drinking water. The Lake Victoria South Waterworks Development Agency (LVSWWDA), which is part of Kenya’s Ministry of Water, Sanitation and Irrigation, covers seven other counties in Kenya (Bomet, Homa Bay, Kericho, Kisumu, Kisii, Migori, Nyamira and Siaya), with a population of over 8.8 million.

Lake Victoria is currently experiencing high levels of pollution due to inadequate sanitation infrastructure. This has an impact on the supply of drinking water to people, including those in Kisumu County in western Kenya. In this particular county, the Kenyan organisation LVSWWDA is implementing the Lake Victoria Water and Sanitation Project (LVWATSAN). It will extend the water and sanitation network in Kisumu, including informal settlements, and expand water supply to satellite towns, including Ahero and Maseno. This will help to cover the needs of the targeted population at least until 2030 in Kisumu.

The LVSWWDA project in Kenya also includes a water quality monitoring component for Lake Victoria. The aim is to protect this common (regional) water resource and to increase the efficiency of water treatment.

Whether it is ECOWAS, SADC, NBA or LVSWWDA; their interventions in the water sector in Africa are making a difference today and are keeping alive the hope of achieving Goal 6 of the United Nations’ 2030 Agenda for Sustainable Development.