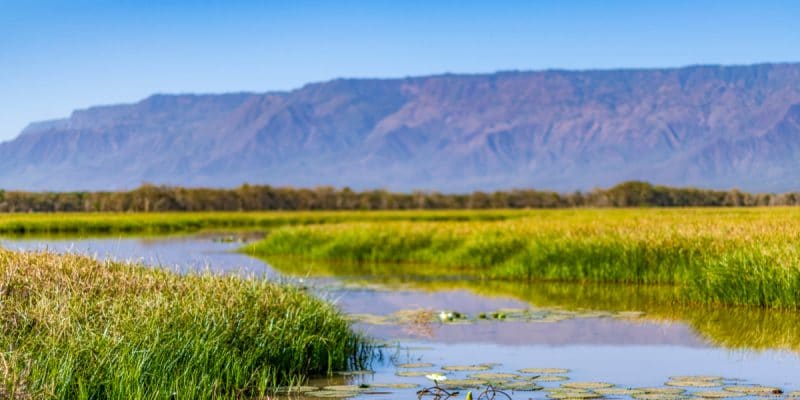 The assessment and protection of freshwater ecosystems have just been the subject of a three-day workshop in Ouagadougou, the capital of Burkina Faso. This was an initiative of the International Union for Conservation of Nature (IUCN), which used the workshop as an opportunity to present the Red List of River and Lake Ecosystems (RLE) of West and Central Africa.

The Red List of West and Central African River and Lake Ecosystems (RLE) is known. This tool to help assess and preserve freshwater ecosystems was presented during a workshop organised from 6 to 8 July 2021 in the Burkinabe capital, Ouagadougou. During the 72 hours of consultation, regional stakeholders in the field of water resources management were informed about the methodology for developing the ERL, and made suggestions on the threats to each continental ecosystem (rivers, lakes, peat bogs, etc.).

The workshop to present the ERL in West and Central Africa was organised by the International Union for Conservation of Nature (IUCN), as part of the implementation of its Regional Partnership on Water and Environment in West and Central Africa (Pree). “The workshop’s presentations focused on issues such as the reduction in the spatial distribution of water resources, environmental degradation, the disruption of ecosystem processes and the preservation of biological diversity. This allowed the participants to have a good understanding of the methodological approach of the LRE, in order to identify the key elements of the process of river and lake ecosystems in the sub-basins,” explains Steve Kaboré, the representative of the regional coordinator of the Pree project.

The West and Central Africa region stretches from the Gulf of Guinea at the southern edge of the Sahara to Gabon and includes 23 countries (Benin, Burkina Faso, Cape Verde, Ivory Coast, Gambia, Ghana, Guinea, Guinea-Bissau, Liberia, Mali, Mauritania, Niger, Nigeria, Senegal, Sierra Leone, Togo, Cameroon, Gabon, Congo, DRC, Chad, Equatorial Guinea and Sao Tome and Principe.) This region is crossed by a climatic gradient characterised by average annual rainfall varying from 250 mm to 3,000 mm, which gives it a climatic particularity and a great diversity of ecosystems (terrestrial and maritime) containing a unique floristic and faunal diversity. This is the case of the tropical rainforests (1,500 mm to 3,000 mm of rainfall), which abound in a diversity of habitats including particular environments such as mangroves as well as a particularly rich fauna and flora.

It is therefore to preserve these ecosystems that the Pree intervenes. Launched in April 2021, this IUCN-initiated project is being implemented in the Volta, Niger, Senegal, Mono and Lake Chad basins and the Fouta Djalon Massif. Its main objective is to strengthen the resilience of natural ecosystems and local communities in the river and lake basins of West and Central Africa.