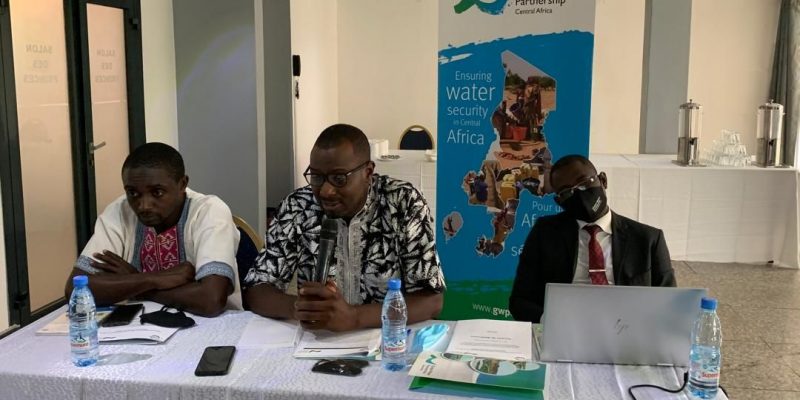 About fifteen Cameroonian journalists have just benefited from a training workshop on national laws and policies on water and environmental protection. The initiative of the Global Water Partnership, Central Africa (GWP-CAf) aims to popularise the laws and policies adopted by the State of Cameroon in the fields of water, environment and climate change.

Water management is not only about access to drinking water. This is one of the clarifications made to the participants of the national workshop for the mobilisation of the media for the popularisation of policies, laws and texts adopted on water, environment and climate in Cameroon. Held from 9 to 10 June 2021 in Douala in the coastal part of Cameroon, the initiative of the Global Water Partnership, Central Africa (GWP-CAf) benefited 15 journalists working in the print media, the online press, radio and television. They were briefed on a dozen laws adopted in Cameroon, including Law No. 96/12 of 5 August 1996 on the framework law on environmental management in Cameroon, and Law No. 98-005 of 14 April 1998 on the water regime in Cameroon. “I am delighted to have strengthened my knowledge of these different tools. And in view of all that we have been taught here, I have committed myself to carry out in the near future, a journalistic investigation on the challenges of integrated water resources management in Cameroon,” says Ghislaine Deudjui, a participant.

The PNACC, Cameroon’s strategy to deal with the climate emergency

Cameroon’s National Climate Change Adaptation Plan (PNACC) is one of the environmental policies on which the experts at the workshop dwelt. Adopted in 2015, the PNACC is a planning instrument designed to define and monitor priority activities to be carried out in key sectors and for each of Cameroon’s five agro-ecological zones (the Sudano-Sahelian zone, the Guinean high savannah zone, the high plateau zone, the bimodal rainfall zone, and the monomodal rainfall zone). As a result of this plan, Cameroon has committed to reducing its greenhouse gas emissions by 32% by 2035. As the second largest forest cover (46%) in Central Africa after the Democratic Republic of Congo (DRC), Cameroon also intends to restore more than 12 million hectares of deforested and degraded forest by 2030 as part of the Bonn Challenge initiative, including eight million hectares in the northern part and four million in the southern part, including coastal ecosystems such as mangroves.

Read also, CAMEROON: when women, who are sick from water and climate change, are discriminated

The GWP-Caf workshop is part of the Regional Partnership on Water and Environment in Central and West Africa (Pree). A project launched in March 2020 by the International Union for Conservation of Nature (IUCN) programme for Central and West Africa (IUCN-Paco). But for logistical reasons, in Central Africa, the implementation of the Pree is carried out by GWP-Caf, specifically with regard to activity 6.2 of the project which aims to “popularise at least six policies and/or texts adopted so that the actors concerned at all levels are well informed”, among others.