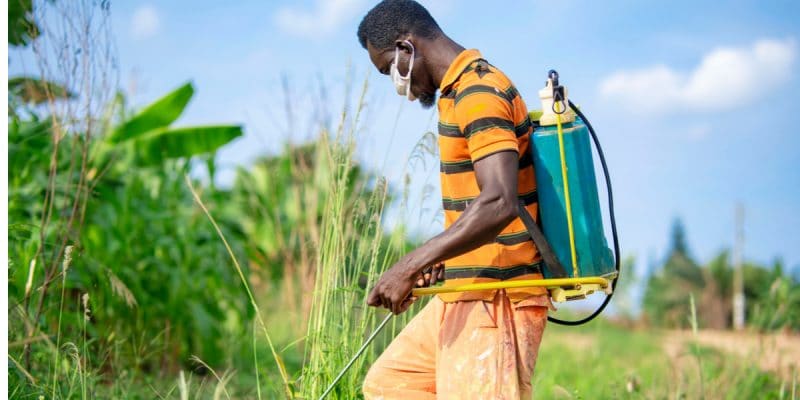 Europe continues to produce toxic pesticides that it exports outside its territory, particularly to Africa. This is what an investigation by Public Eye and Unearthed revealed on Thursday, November 18th, 2021. The European Union (EU) has authorized the export of approximately 4,000 tons of neonicotinoid pesticides in just four months.

Agrochemical companies in the European Union (EU) continue to export pesticides that Europe voted to ban from use in its crops in April 2018. In a new investigation published on November 18th, 2021 by the non-governmental organizations (NGOs) Public Eye and Unearthed, the investigative arm of Greenpeace Great Britain, it was found that between September 1 and December 31, 2020, the European Chemicals Agency approved 300 export notifications to 65 different countries, the vast majority of which are low- and middle-income countries located in Africa.

The export notifications come from nine European countries, led by Belgium, France and Germany. Syngenta is one of the agrochemical giants behind these exports, accounting for more than three quarters of the exported volumes (3,426 tonnes, including 551 tonnes of active substances). The former Swiss firm, now under Chinese flag, submitted more than 150 export notifications during the four months of the study.

Up to 100 million billion bees killed

According to the survey, the nearly 4,000 tons of pesticides exported by EU agrochemical firms contain more than 700 tons of the active ingredients imidacloprid, thiamethoxam and clothianidin. Enough to treat 20 million hectares of crops. “This represents a surface area equivalent to all the arable land in France. And we also see that more than 90% of these exports go to low or middle income countries, and countries that are for many areas that are central to biodiversity, such as Brazil, which is the main market, “explains Geraldine Viret, the spokeswoman for the NGO Public Eye.

An analysis of the reference toxicity values of pesticides exported by the EU allows the NGOs to determine the number of bees killed, nearly 100 million billion bees. And yet three out of four crops in the world depend on bees and other pollinating insects as well as a third of the world’s food production.

In a previous survey published on September 10th, 2020, Public Eye reported that in 2018, 7,500 tons of 25 different substances deemed too dangerous for Europe, were exported to the African continent. In North Africa, Tunisia, Algeria and Morocco have signed various agreements and codes for the management of these substances supposed to prevent risks. This is the case of the Strategic Approach to International Chemicals Management (SAICM, developed in 2020 under the auspices of the United Nations), but whose implementation still leaves something to be desired.