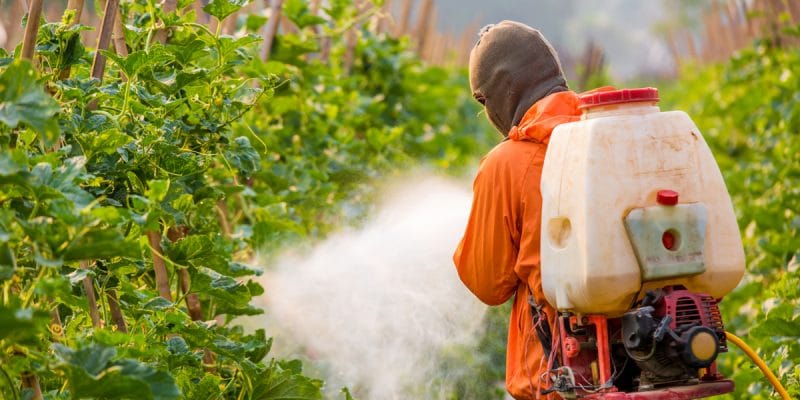 The Sahel Committee on Pesticides (CSP) held its 44th ordinary session from May 20 to 25, 2019 in Bamako, Mali. The list of 59 pesticides that had been validated at the previous session was maintained without changes. These are agricultural inputs that are considered non-toxic to humans and nature.

Mali is the leading cotton producer in Africa with more than 700,000 tonnes in 2018, and intends to maintain its position at the end of the 2019 cotton season, reaching the 1 million tonne mark. However, the Malian authorities do not want their agricultural success to have a negative impact on the environment. It is the full meaning of the interest they attach to the work of the Sahelian Pesticides Committee (dubbed CSP in French), which met at its 44th ordinary session from May 20 to 25, 2019 in Bamako, the capital of Mali.

The CSP upheld unchanged its list of pesticides adopted in November 2018. The 59 pesticides listed in alphabetical order have a 5-year registration. Their approval is based on several criteria. In addition to having been approved by the World Health Organization (WHO) and the United Nations Agricultural Organization (FAO), these pesticides must also comply with the common regulations of the member states of the Interstate Committee for Drought Control in the Sahel (CILSS) on the registration of pesticides, as they stood in December 1999. These regulations require registered pesticides to be effective against the target pest; not to be phytotoxic under normal use conditions in the Sahel; not to be harmful to humans and non-target wildlife under normal use conditions in the Sahel; and not to have an unacceptable influence on the Sahelian environment.

Caution: Even registered pesticides must not be misused

The misuse of pesticides on a farm can be harmful to the environment, even if they are pesticides that meet the registration criteria.

In 2018, the work of Dr Rabani Adamou, a researcher in the Department of Chemistry at the Faculty of Science and Technology of Abdou Moumouni University in Niamey (Niger), revealed significant amounts of ammoniacal nitrogen measured at three points in the Niger River, from 12 to 32, depending on the case, passing 16 times above the standard (0.05 mg/L). In addition to ammonia pollutants, the researcher claims that NPK nitrogen [N], phosphorus [P] and potassium [K] fertilisers from agricultural activities in the river basin are a major contributor to the pollution of the Niger River.

Dr Sylvain Nafiba Ouédraogo, Permanent Secretary of the CSP, therefore invites Malian farmers to use these products responsibly. It also advises farmers to use appropriate protective equipment. Equipment that covers head, eye and face protection, respiratory protection, gloves, special clothing and boots; because glyphosate, a herbicide declared carcinogenic in the United States of America, is widely used in African cotton fields, despite its harmful nature.