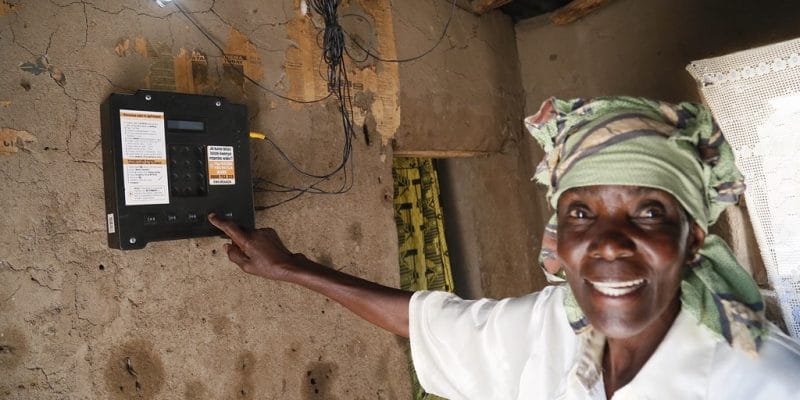 The French giant Engie has recently completed the acquisition of Mobisol, a supplier of solar home kits, present in several African countries. With this acquisition, Engie is strengthening its position in the off-grid sector in Africa.

It’s moving on the solar off grid in Africa. Engie has acquired Mobisol, a supplier of solar home kits. It is an important actor providing access to electricity in rural areas in Rwanda, Tanzania and Kenya.

In villages not served by national electricity grids, Mobisol supplies kits consisting of panels and batteries for electricity storage. This equipment, which supplies at least 40 W of electricity, allows people to benefit from electricity day and night. Small shops also benefit from solar kits with a capacity of up to 200 W.

A strategic investment for Engie

In remote areas of East Africa, a household that benefits from Mobisol’s service has three years to reimburse the costs of the solar kit installed in the house. It can thus pay in small amounts (pay-as-you-go) via mobile banking, a service available in several villages. Using this method, the company has supplied equipment that cumulatively produces more than 12 MW of electricity per day. The company, founded in 2011, employs more than 500 people and works with more than 1200 service providers in East Africa. Where Mobisol has deployed more than 150,000 solar home installations, providing clean and reliable energy to more than 750,000 people. Engie will be able to combine its integrated domestic solar energy systems with Mobisol’s professional products to offer a diversified range of affordable energy products to reach customers in rural and urban areas.

In African villages, people use oil lamps to light up at night. A less efficient and highly polluting solution. Mobisol’s solar kits thus make it possible to avoid emissions of 60,000 tonnes of CO2 per year. The company, which currently employs more than 500 people, has set itself the objective of providing access to electricity to 20 million people in sub-Saharan Africa by 2023. This is an objective that Engie should pursue in the coming years.

Engie reinforces its position in Off Grid in Africa

“With the acquisition of Mobisol, Engie is expanding its access to a market of millions of people who are not connected to the electricity grid and establishing itself as the market leader on the continent,” said Isabelle Kocher, Engie’s Managing Director. This operation also allows the French company to strengthen its position on the African continent’s energy scene, particularly in the solar off grid. It is currently deploying its PowerCorner in Zambia. A few months ago, it installed a containerised mini-grid in the village of Chitandika, in the northeast of the country. This easy-to-deploy installation has a capacity of 28 kW.

The Engie Group is not new to the solar home kits subsector with the acquisition of Mobisol. In East Africa, 70,000 people benefit from the solar home kits provided by its subsidiary Fenix International. In addition, a few days ago, the investment fund of the French giant, Engie Gathering Energy, also participated in the fundraising of the British company Bboxx. Enough to thrill competitors….

Engie’s challenge of making its investments in Africa profitable

Engie’s full-scale acquisitions, however, will have to prove in the coming years that the model is capable of generating profitability.

With nearly 3 gigawatts of power generation capacity installed on the continent, Engie Africa generated only €200 million in revenue in 2018 (out of a total of €60.6 billion for the group), most of which is generated by energy services and centralised electricity production (thermal or renewable).

Despite these still weak figures, Isabelle Kocher has made Africa a major strategic challenge. A bet based on: the reality of demand, which translates into 600 million people without access to energy, half of the continent’s 1,281 billion inhabitants; the expected population growth that will bring the number of inhabitants to 2.5 billion by 2050; the structural decline in the cost of renewable energy production that will make it possible to take advantage of Africa’s gigantic natural resources; and Engie Africa’s capacity to develop the right models for decentralized electricity production and distribution.