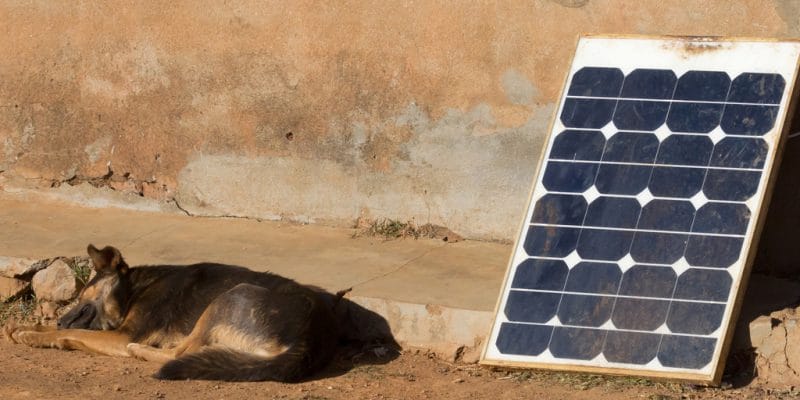 The British company Bboxx, which supplies solar home kits to rural African households, recently collected $50 million to expand its activities on the African continent. The fundraising was organised by Mitsubishi Corporation, the financing organism of the Japanese conglomerate Mitsubishi.

Bboxx has replenished its coffers to finance its growth and expand its services on the African continent. The British company recently completed a fundraising campaign that resulted in a total of $50 million. The transaction was coordinated by Mitsubishi Corporation, the financing arm of the Japanese conglomerate Mitsubishi.

In addition to the Japanese group, several funding agencies participated in this operation. These are Engie rassembleurs d’énergies, an investment fund of the French company Engie, Bamboo Capital Partners, an investment fund based in Luxembourg, Doen Participaties, a Dutch investment fund that supports sustainable and social start-ups, and MacKinnon, Bennett & Company (MKB), a private equity firm specialising in clean energy, transportation and the smart city, based in Montreal, Canada.

Multiplication of investments in Bboxx

“This funding is further proof of Japan’s interest in Africa and solar energy around the world. Mitsubishi Corporation’s broad reach, industry and technology expertise will help us reach more people who do not have reliable access to public and modern services on a broader scale,” said Mansoor Hamayun, President and CEO of Bboxx.

Mitsubishi Corporation is thus strengthening its position on the African continent’s energy scene. The group invests in renewable energies, particularly geothermal energy in Ethiopia. Its investments will contribute to Japan’s new policy of competing with China’s influence in Africa. Its investment in the British company Bboxx comes at a time when Japan has recently gathered African leaders in Yokohama for the seventh edition of the Tokyo International Conference on African Development (TICAD 7).

With the $50 million obtained from several investors, Bboxx will be able to expand its distribution of solar home kits in rural areas in Africa, south of the Sahara. The company provides this service in at least 12 countries in West, Central and Eastern Africa, where the young company has already marketed 200,000 solar kits. These small electricity grids that supply a house provide electricity to nearly one million people. To facilitate the acquisition of its installations, Bboxx relies on “pay-as-you-go” (pay-per-use). Kit users make payments via mobile banking, which has seen a remarkable breakthrough throughout sub-Saharan Africa. The British company remotely controls the operation of its solar kits using its Bboxx Pulse software.

It has benefited from numerous investments for the development of its activities in Africa. The most recent was provided by the African Development Bank’s Facility for Energy Inclusion Off-Grid Energy Access Fund (EIF OGEF), which provided $8 million.