AFRICA: ECP invests in Eranove, a water and electricity specialist 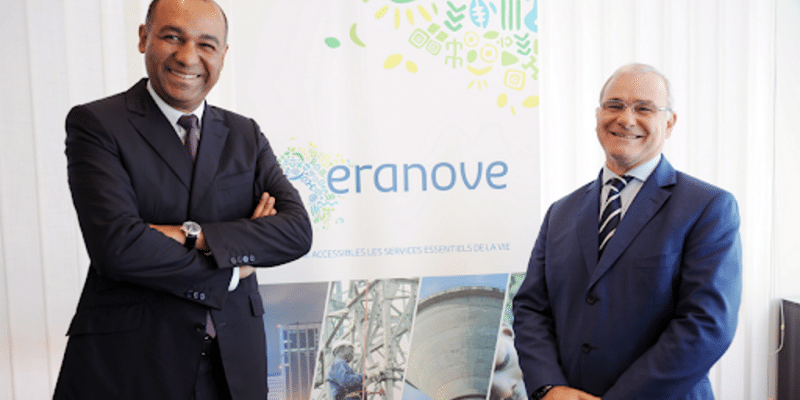 ECP Power & Water Holding has become a shareholder in the Eranove group, whose numerous subsidiaries based in several African countries produce and distribute water and electricity. The new shareholder is a joint venture between several investment companies active on the African continent.

The Eranove Group is majority owned (53.3%) by ECP. The new investor, whose shareholding was not specified, wants to give priority to the development of renewable energy. Eranove is already committed to this path with several clean energy projects under development in several sub-Saharan African countries. In Madagascar, the group, which employs more than 7,800 people, has joined forces with other investors to build the Sahofika hydroelectric power station, which will inject 200 MW into the island’s national electricity grid.

The group has also expanded its renewable energy portfolio through concessions in Gabon with the Asokh Energy hydroelectric scheme, in Ivory Coast with the Cavally hydroelectric plant, and in Guinea with the 42 MW Kenié hydroelectric plant. Eranove already has an installed capacity of 1,250 MW from other sources of electricity generation.

According to the Paris (France) based group, the new operation is part of a long-term strategy to provide electricity and drinking water to millions of people in Africa. For his part, Vincent Le Guennou, ECP’s co-chairman and CEO, believes that the new “strategic partnership (…) also constitutes a growth lever to finance Eranove’s long-term development, confirming the group’s orientation towards sustainable and responsible development”.

And Eranove is reaffirming its commitment to sustainable development by investing in off-grid solar energy in sub-Saharan Africa. In the Democratic Republic of Congo (DRC), the group headed by Marc Albérola will provide hybrid solar energy to the populations of the towns of Bumba, Isiro and Gemena, thanks to a $100 million investment with its partners AEE Power and Gridworks.