Homepage » AFRICA: Countries have enough groundwater to cope with drought
This article is part of the dossier
WORLD WATER FORUM: SECURING ACCESS TO WATER AND SANITATION IN AFRICA

AFRICA: Countries have enough groundwater to cope with drought 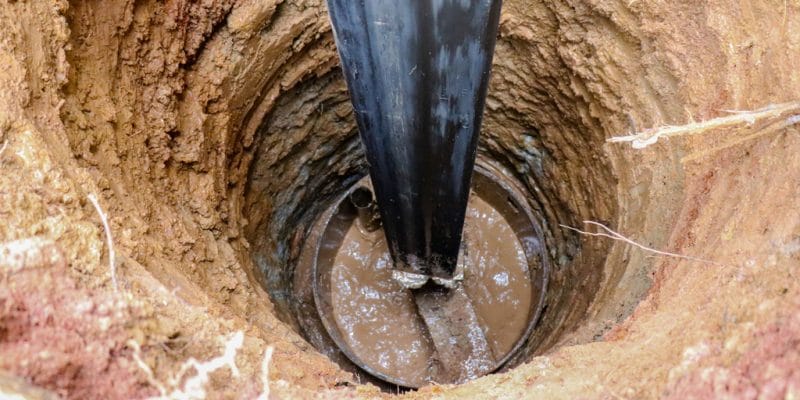 Groundwater can help cope with the impacts of drought and floods. That's according to a report called "The world's neglected defense against climate change," released on the side-lines of the 9th World Water Forum in Dakar by the organization WaterAid and the British Geological Survey (BGS).

As the 9th World Water Forum continues in Diamniadio, Senegal, two British organizations working on water issues, the British Geological Survey (BGS) and WaterAid, have released a report showing that there is enough groundwater under the African continent. This resource can allow most countries to survive at least 5 years of drought, and some even 50 years. “Tapping into groundwater would allow millions of people to have access to safe, clean water, no matter what the climate crisis throws at them,” says the study, called “The World’s Neglected Defense Against Climate Change.

Using a series of maps that plot current access to clean water across Africa, BGS and WaterAid point to Ethiopia and Madagascar, where only half the population has ready access to clean water, as well as other West African countries such as Mali, Niger and Nigeria, where young people are forced to travel long distances to get water to their homes, to the detriment of their studies.

The impact of agricultural activities

According to the non-governmental organization (NGO) WaterAid, which operates in 18 countries in East and West Africa, agriculture consumes about 90% of groundwater. The report reveals that groundwater in Africa is vulnerable to pollution from fertilizers and pesticides used in intensive agriculture, or from poorly managed sanitation. Borehole water tests in Ethiopia, Uganda and Malawi found Escherichia coli (a bacterium that can cause severe food poisoning) in the water of 20 percent of human-powered pumps.

Breaking the impasse on the water crisis

“There are vast reserves of groundwater, much of which is replenished each year by rainfall and other surface water. Access to this water is difficult because services are chronically underfunded.  Each African country south of the Sahara could provide 130 liters of drinking water per capita per day from groundwater without using more than 25 percent of the long-term average recharge, and most less than 10 percent. This means that groundwater could act as a buffer against climate change for many years to come, even in the unlikely event of no rain,” says Tim Wainwright, executive director of WaterAid in the UK.

Professor Alan MacDonald, head of groundwater resilience at BGS, says ways must be found to manage water resources and services to unlock the great potential of groundwater. According to this researcher, a good investment is needed in expertise to map groundwater and drill sustainable wells.