AFRICA: BBOXX raises €6 million via crowd funding, the highest ever on solar energy 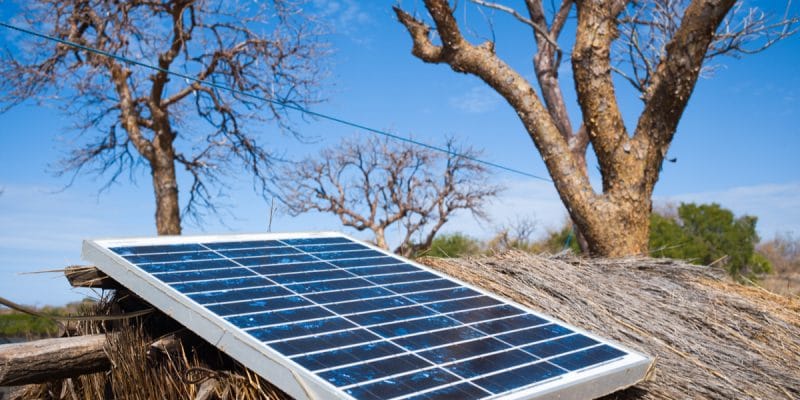 Bboxx, the British specialist in off-grid solar solutions, has just raised more than €6 million, thanks to Trine, the participatory financing platform specialising in sustainable investments in solar energy. It is the largest crowd funding operation in the history of solar energy in Africa.

Bboxx is definitely pushing hard to win the promising solar kit market in Africa. After forging partnerships with giants such as Électricité de France (EDF), which took a 50% stake in its Togolese subsidiary at the end of 2018, and obtaining $31 million in facilities from Africa Infrastructure Investment Managers in January 2019, the British startup has just turned to crowd funding. Thanks to Trine, the participatory financing platform, specialising in sustainable investments in solar energy, the specialist in home solar systems, has raised more than €6 million on the Swedish and European markets. This amount, which represents the largest crow funding round in the history of solar energy in Africa, was reached at the end of the last round of the six €1 million mobilisation targets, launched in February 2018. Trine and Bboxx had achieved their first objective of one million euros in record time: just one month after the launch of the fundraising campaign.

This frenzy is explained by the dynamism of the African market, which the Gogla industrial association estimates at 6 billion dollars by 2022. Moreover, the major French energy companies, EDF, Engie and Total are well aware of this and are well represented, often through local partners.

With this new success for Bboxx, more than 200,000 people living in rural areas in the seven countries of Kenya, Rwanda, Togo, the Democratic Republic of Congo, Mali, Senegal and Guinea Conakry may soon have access to affordable, reliable and clean energy, as well as other modern public services (Internet, telephone and entertainment).

“Electricity is only the starting point. Access to energy brings people into the digital economy, creates new markets and generates demand in other areas, such as water, the Internet and finance. These are demands that Bboxx also seeks to satisfy. This is the key to unlocking Africa’s full economic potential.” Said Mansoor Hamayun, CEO and co-founder of Bboxx.

Over the entire operation led by Trine, nearly 4,400 investors were mobilised, with an average contribution of 500 to 600 euros. For Sam Manaberi, CEO and co-founder of Trine, Africa’s solar potential is attracting small investors. “We have received an unprecedented demand from individual investors for sustainable investments in solar energy in growing markets such as Africa”. He ensures that low-cost and flexible participatory financing is the ideal type of financing to enable high-growth companies like Bboxx to quickly expand into their markets.

Already operating in 12 countries, including Rwanda, Kenya, Togo and the DRC, where the company is accelerating the installation of solar domestic systems, Bboxx had already raised $100 million by the end of 2018.