Homepage » ZIMBABWE: Zuva to install a network of charging points for electric cars 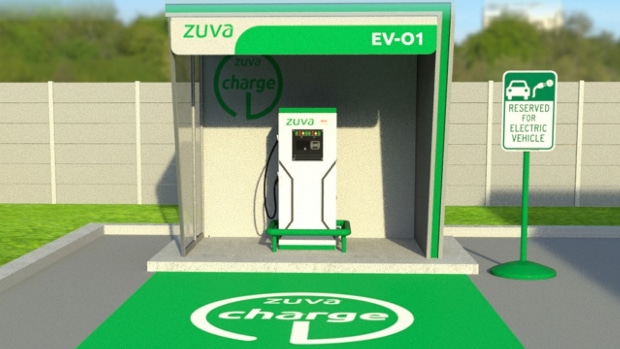 In Zimbabwe, energy solutions company Zuva has signed a contract with electric vehicle manufacturer Electric Vehicle Center Africa (EVCA) to install a network of charging stations for electric vehicles. The charging stations, which are powered by both mains and solar energy, will enable the East African country to develop its green mobility strategy.

The energy company Zuva is joining forces with Electric Vehicle Center Africa (EVCA) to install a network of electric vehicle charging stations in Zimbabwe. The first step will be to set up a prototype electric vehicle charger in the capital Harare, followed by charging points at Zuva service stations on the highways in other cities.

“The project will start with the installation of a 60kW CCS Type 2 charger, which is an ultra-fast charger capable of charging the BYD T3 with a range of 300km and the BYD E6 with a range of 500km in less than one hour and 30 minutes. The CCS2 charger, which is powered by both mains and solar energy, is compatible with all BYD Electric vehicles and BYD electric buses,” says EVCA.

As part of its renewable energy policy, the Zimbabwean government is focusing on the adoption of electric cars in order to reduce the import of petroleum products and greenhouse gas (GHG) emissions generated by combustion cars. In this context, Distributed Power Africa (DPA), the energy solutions subsidiary of Econet Wireless, has installed 17 electric vehicle charging stations across the country.

EVCA, which assembles vehicles for the Chinese brand Build Your Dreams (BYD Company), has also put an electric van called BYD T3 on the road in 2021. According to BYD, the vehicle, equipped with a 50.3 kWh battery, can travel 310 km in the city and 269 km on a combined cycle after 90 minutes of charging. The BYD T3 is also capable of carrying a payload of around 720 kg, including seven people in addition to cargo.